Apple is planning to name its next generation the 'iPhone 6SE' instead of the iPhone 7, as it will not be a major redesign, according to an apfelpage.de report.

Chinese manufacturers assume that the next Apple cell phone called "iPhone 6SE". According to our information, packaging are produced also in the accessories industry, which are marked with the name.

While this rumor can't be confirmed as of yet, it would make sense for Apple to keep similar name to the iPhone 6s, since it appears very likely to be keeping a similar design. 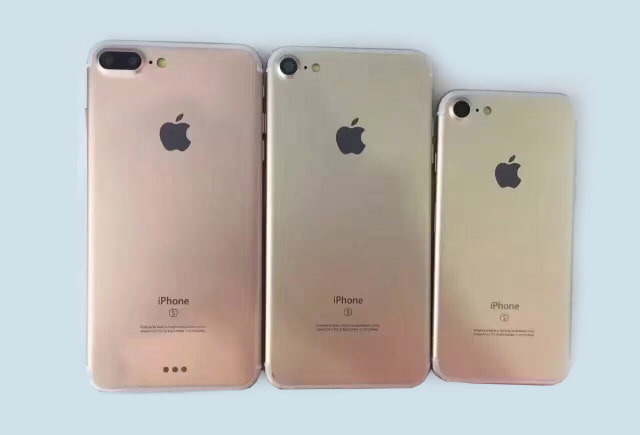 Kaex - July 26, 2016 at 10:21am
-Oh really ? The i phone 6se is an honest assessment by apple that technology is slowing down (look at cpu's FFS) -Its only very incremental improvement from the original 6. -It makes sense that apple would keep a revolutionary whole glass slate that is meant to be the iphone 7 for year of 2017 -Millions of people will still buy the 6se but i wont be one of them -I JUST GOT A JAILBREAK YESTERDAY FOR IOS 9.2 AFTER WAITING 6 MONTHS ON MY NEW IPHONE 6 THAT I PURCHASED. I AM SO OVER APPLES bull$h!T BY NOW
Reply · Like · Mark as Spam

Johnlk - July 26, 2016 at 6:46am
Cant believe this is true.. Would be huge marketeting failure - since competitor has been for while in S7 so anything below 7 gives wrong assosiation when comparing the products.
Reply · Like · Mark as Spam

YoYoToo - July 25, 2016 at 4:38pm
If this were true, Apple naming convention would truly become a big chaotic mess that would cause all kinds of confusion on customers. What Apple is known for is simple, beautiful products that "just work". This name is boring, confusing, and complicated!
Reply · Like · Mark as Spam

HoHoBloo - July 25, 2016 at 6:55pm
If you think about it, the iPhone SE was named like that when it has the style of the iPhone 5s, but with the 6s features, so based on the name here 6se, it's a 6s with extra features because of how SE is used so I wouldn't say it's boring, confusing, or complicated, but with extra it does help differentiate whichever generations were released before and after as if some product had an abbreviation of 1A or 1B then a 2 comes along and so on.
Reply · Like · Mark as Spam

Chip - July 26, 2016 at 9:42am
Could be so but the iPhone SE has no 5 in it just iPhone SE so your days that because the 5s had the 6s features that's why ok so where's the 5SE then that would make better sense. I'm smelling that could be the end of the naming and a reset for the smaller iPhones iPhone SE 2 and so on the 6SE with same name would mean that there will be 3 phones now in a new line up. This is indeed confusing rubbish. This will be there last version of this design. I see nothing broken here so why fix offer change the design no matter if it's a 7,8 or 9 there will always be a size for every hands the round edges and from screen, WTF else people are asking for 3 or 4 cameras the body will be the same. Hog wash bad idea. I don't give a rat's about the name calling.
Reply · Like · Mark as Spam
9 More Comments
Recent