Apple has just released iOS 10.2 for download. Here are the full release notes for the firmware update.

iOS 10.2 introduces new features including the TV app (US Only), a new and unified experience for accessing your TV shows and movies across multiple video apps. Emoji have been beautifully redesigned to reveal even more detail and over 100 new emoji have been added including new faces, food, animals, sports, and professions. This update also includes stability improvements and bug fixes.

Photos
Improves stabilization and delivers faster frame rate for Live Photos
Improves accuracy of groupings of similar photos of the same person in the People album
Fixes an issue where Memories might generate a memory from photos of screenshots, whiteboards or receipts
Fixes an issue where the camera would stay zoomed in after switching back from the Camera Roll on iPhone 7 Plus
Additional support for RAW digital cameras

Music
Swipe up the Now Playing screen to more easily access Shuffle, Repeat and Up Next
Choose how to sort Playlists, Albums, and Songs in Library

News
Stories you’ve saved for later now appear the new Saved section
The best paid stories from channels you subscribe to will now appear in a dedicated section in For You
It’s now easier than ever to get to the next story, just swipe left or tap Next Story while reading 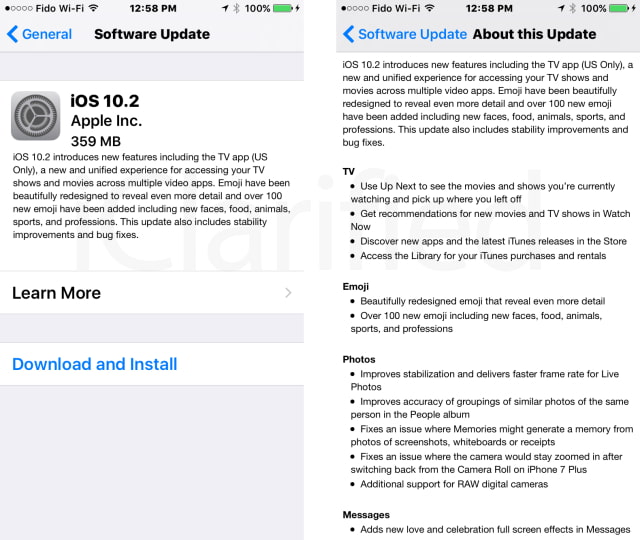 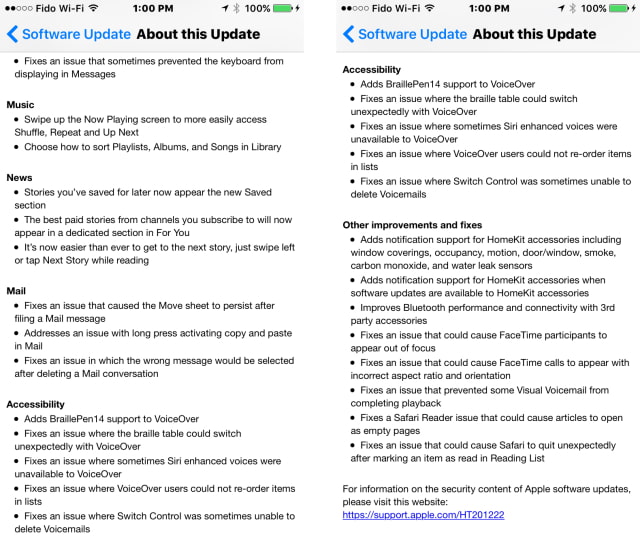 iPhone user from Serbia - December 15, 2016 at 5:57pm
I installed the ip 6s and I have a problem with imessages non stop service that sends messages activation time and tells me cost of 1.2euro, every hour.
Reply · Like · Mark as Spam