Besides unveiling new versions of iOS, macOS, watchOS, and tvOS, Apple is expected to unveil a new 10.5-inch iPad Pro and a Siri-based smart speaker at WWDC 2017, according to KGI Securities analyst Ming-Chi Kuo.

The 10.5-inch iPad is said to be similar in size to the 9.7-inch iPad but with smaller bezels. Kuo believes there is a greater than 70% chance it will be unveiled at the developer conference.

"The newly designed 10.5” iPad Pro will have a similar form factor to the 9.7” model, but will feature a larger display thanks to narrow bezels. The new design should improve the user experience and help gain traction in the corporate/ commercial sectors. We forecast 10.5” iPad shipments of 5.0-6.0mn units in 2017F, accounting for 15% of total 2017F iPad shipments."

As previously noted, Kuo thinks that there is a greater than 50% chance Apple will unveil a Siri smart speaker at WWDC to rival the Amazon Echo. The speaker could launch later in the year giving developers time to support the product. Kuo believes it will include a touch panel display, similar to the Echo Show.

"In our April 28 Insight report (“Apple’s first home AI product to see cyclical shipments of over 10mn units; main competitor is Amazon Echo”), we offered estimates for the new home AI/ Siri speaker line. We also believe this new product will come with a touch panel." 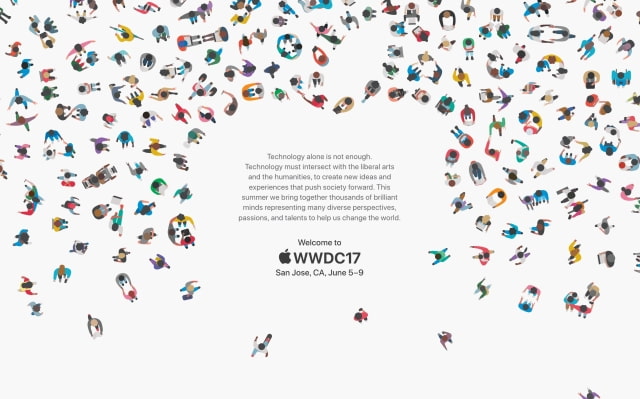