Delta is switching its over 37,000 pilots and flight attendants to iPhone and iPad from the Nokia Lumia.

Mac OS Ken recently shared what has been confirmed to be a legitimate internal post regarding the change.

Beginning early 2018, Delta will equip its more than 23,000 flight attendants and 14,000 pilots with Apple iPhones and Apple iPad Pros, respectively, as the airline transitions to its next generation of flight crew devices.

The iPhone 7 Plus will replace existing Nokia Lumia 1520 phablets, which flight attendants first began using in 2014, as an in-flight point of sale and onboard customer service tool. The new iOS device will continue to feature the Guest Service Tool which allows flight attendants to provide more personalized service and recognize high-value customers on each flight. Flight attendants can also provide customers with the status of down-line flights and connecting gate information. The device also brings Delta in line with its Joint Venture partners at Aeromexico, Air France, KLM and Virgin Atlantic.

For Delta's pilots, Apple's iPad Pro will replace the Surface tablets that have been used in the flight deck as an electronic flight bag since 2014. With the transition, Delta will join many other airlines, including key global partners, in leveraging the iOS platform to provide a high degree of synergy and cooperation in the continued development and enhancement of aviation applications. Similar to the current device, the new iPad Pro tablets will feature Delta's suite of tools for pilots including the Jeppesen Flight Deck Pro for flight planning, the latest version of Delta's turbulence app — Flight Weather Viewer Plus, and a content library containing detailed aircraft and procedural manuals.

The airline continues to maintain a strong and positive partnership with Microsoft, and some of the applications used on the iPhone 7 Plus aimed at enhancing customer and employee engagement are powered by Microsoft Dynamics.

Delta will begin jointly rolling out the iPads to pilots and iPhones to flight attendants early next year.
-----

The news is a big blow to Microsoft's mobile hardware efforts and comes just as the company launched its new Surface Book 2 which it touts as being twice as powerful as the new MacBook Pro. 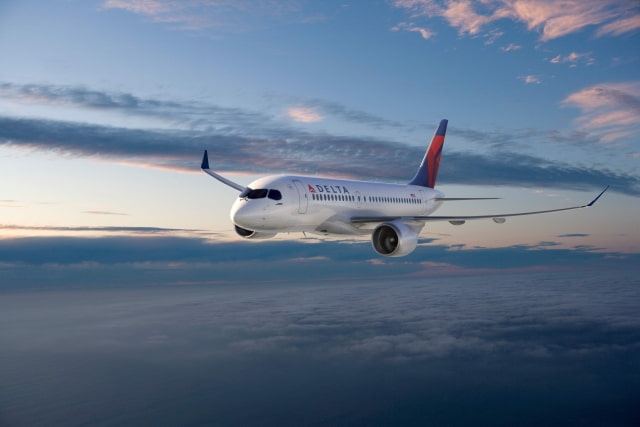 BornRich92 - October 24, 2017 at 2:41am
Yes because all Android and Windows users are annoying. Best not to annoy people on a flight.
Reply · Like · Mark as Spam

Ocanefun - October 24, 2017 at 12:47am
That’s real nice and all but competition is good for innovation and us, the consumers.
Reply · Like · Mark as Spam
Recent