Worldwide shipments of traditional PCs (desktop, notebook, and workstation) totaled 70.6 million units in the fourth quarter of 2017 (4Q17), recording slightly positive (0.7%) year-on-year growth, according to the International Data Corporation (IDC) Worldwide Quarterly Personal Computing Device Tracker. The results outperformed the forecast of a 1.7% decline in shipments during the quarter.

"The fourth quarter results showed some potentially encouraging headway against the difficult environment in retail and consumer PCs," said Jay Chou, research manager with IDC's Personal Computing Device Tracker. "Enticed by a growing array of products that promise all-day battery life, high portability, and address emerging use cases that require more compute power, pockets of the consumer base are taking a serious look at these revamped PCs. However, the overall PC market remains a challenging one."

HP maintaining its lead through every quarter of 2017. Shipments grew 8.3% compared to a year ago for the seventh consecutive quarter of positive growth and volume hit more than 16 million units for the first time since the third quarter of 2011. Lenovo was number two in 4Q17 with a flat quarter compared to 4Q16. 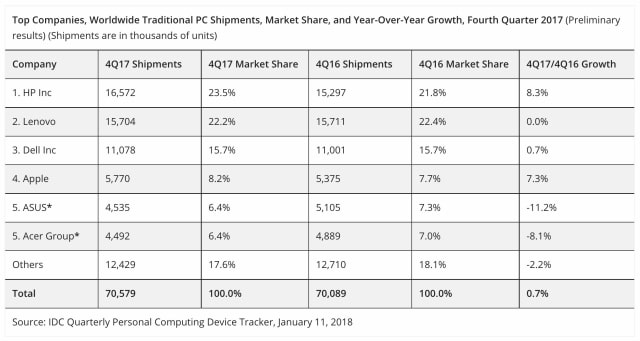 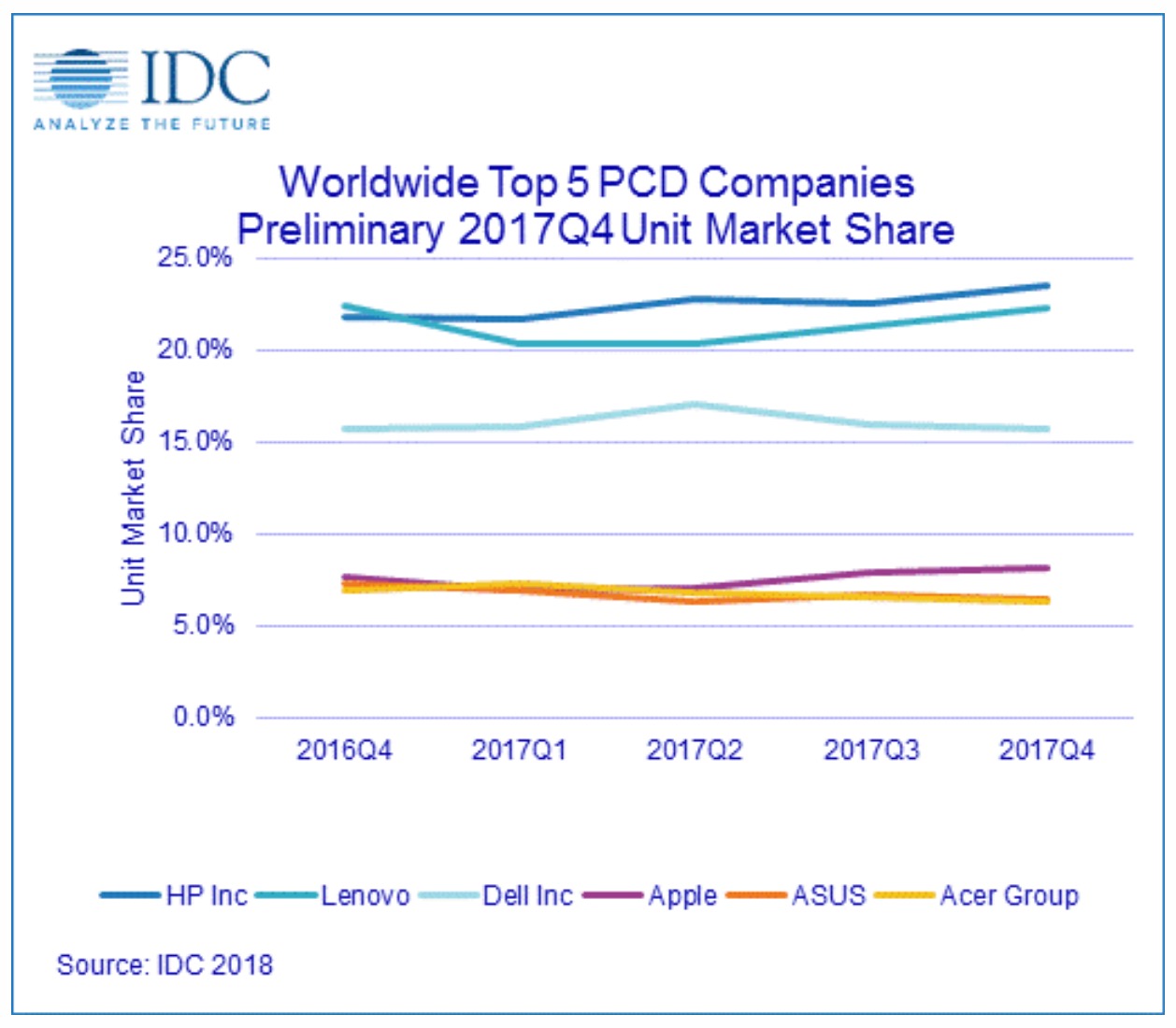