Unfortunately, Apple doesn't disclose Apple Watch sales figures separately, they are bundled into its "Other Products" category. That category increased by 38% year over year in Q2 FY18.

Dediu's tweet included several charts which show his estimates for Apple Watch sales over the past three years. He believes that Apple has made about $16.4 billion in revenue from the Apple Watch thus far.

Take a look at the charts below or hit the link for more details... 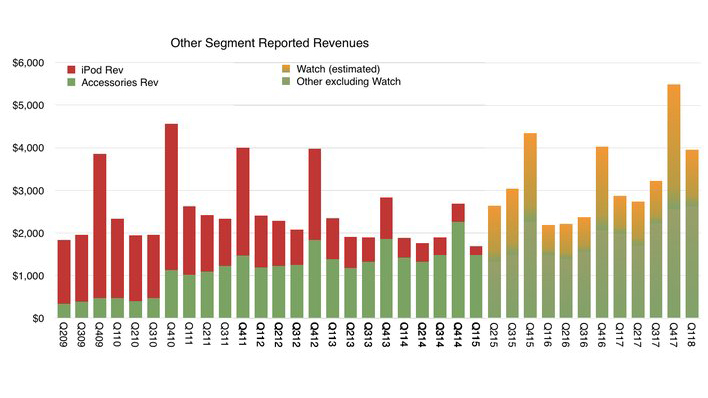 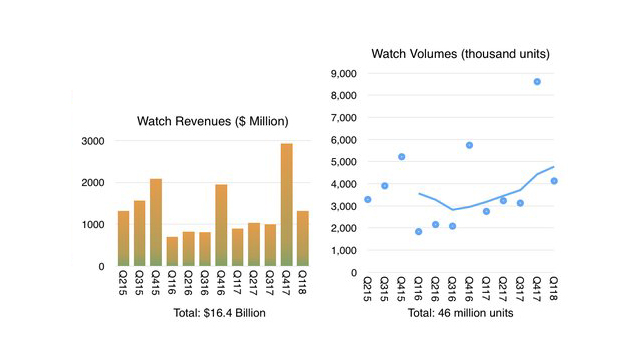