Microsoft is working on a new 'Your Phone' app that aims to bring messages, notifications, and photos from your mobile device to a Windows 10 PC, reports The Verge.

The app isn't ready to try yet but it will eventually be the central way to connect your mobile phone to a PC. Unfortunately, not all of its features will work on both iOS and Android.

“We will actually have photos on iOS and notifications as well,” says Shilpa Ranganathan, a general manager at Microsoft. “Apple does make it a tad harder for messages, but we’re very willing to work with Apple.”

While there are workarounds that could be used to support messages, Microsoft wants to bring iMessage to Windows in a proper manner.

“I want to do this in a supported way with a respect for the ecosystem we’re building on and at the same time make it a delightful experience,” says Ranganathan. “Messages is one where we’re not currently where we need to be compared to Android, but we need to work with Apple.”

Microsoft has yet to approach Apple to see if it's willing to work with them but it's unlikely that Apple will be interested. 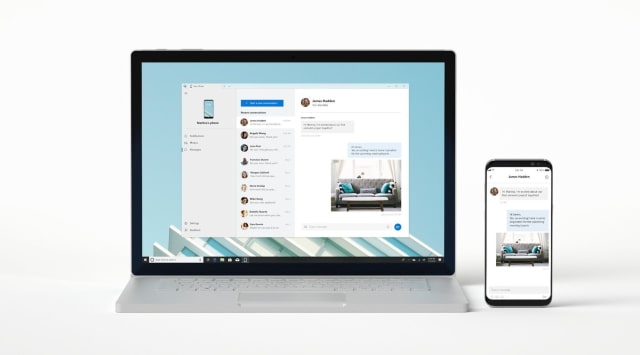