Apple has signed a deal with Volkswagen to produce a self-driving version of its T6 Transporter van, according to the New York Times. Those vans will be used as autonomous shuttles for Apple employees, a project which is reportedly behind schedule and consuming nearly all of the Apple car team's attention.

Sources say the German automaker was not Apple's first choice. The company purportedly sought to partner with BMW and Mercedes-Benz on a self-driving vehicle but talks fell through after each rebuffed Apple's desire for control of data and design.

The deal with Volkswagen is also said to reflect the diminished scope of Apple's four year old car project. Originally, Apple planned to build a vehicle that would disrupt the automotive industry. It would be self-driving with a 'lush interior reminiscent of a lounge or living room' and have passengers face each other instead of the road. The company hired over 1,000 employees to reimagine the car.

They entertained a series of unconventional concepts, including augmented-reality or holographic displays embedded in windshields and windows, a sunroof made of a special polymer that reduces heat from the sun, and windows with adjustable tints — like those on Boeing’s new 787 Dreamliner jets. Two former Apple employees also recalled how their colleagues built a model of a sport-utility vehicle with four seats facing each other, which some employees tested by sitting inside, similar to a design Mercedes advertised in 2015.

Initially, Apple planned to build the car itself; however, it soon found out that it was not that simple and plans shifted to finding a manufacturing partner.

Over time the company's requests gradually evolved from looking for a partner to help build an Apple designed vehicle to asking partners for foundational car parts like the chassis and wheels. Eventually Apple asked potential partners to retrofit their own vehicles with Apple sensors and software.

Besides seeking a partnership with BMW and Mercedes, Apple also met with Nissan, BYD Auto, McLaren, and contract manufacturers such as Magna Steyr. The talks never resulted in a deal because either the automakers were reluctant to give up control to Apple or because Apple was holding out for a more attractive partner.

Late last year, Apple found a partner in Volkwagen, who apparently jumped at the chance to work with Apple following its emissions test scandal. The automaker now plans to remake its T6 vans as electric self-driving shuttles.

The frame, wheels and chassis of the T6 vans will remain, but Apple is replacing many components, including the dashboard and seats, said two people familiar with the project. Apple is also adding other computers, sensors and a large electric car battery, they said. The shuttles will ferry employees between two of Apple’s Silicon Valley campuses, and will include a driver behind the wheel to take control if needed, as well as an operator in the passenger’s seat tracking the van’s performance.

Executives purportedly told Apple CEO Tim Cook the shuttle would be complete by the end of 2018 but a source tells the New York Times that the deadline will be missed.

At this point its unclear what Apple's plans for car really are. Hit the link below for the full report and please follow iClarified on Twitter, Facebook, Google+, or RSS for updates. 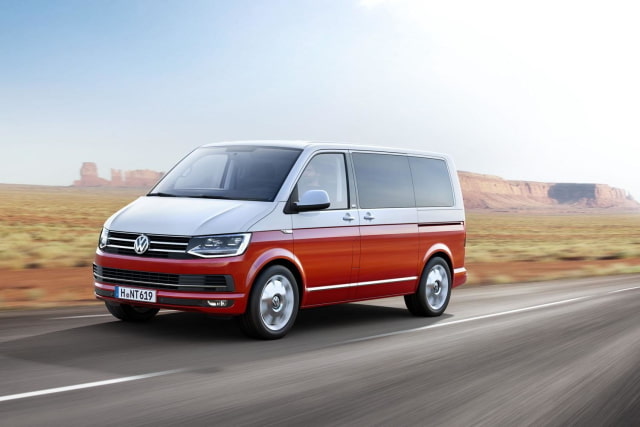