A new report from Bloomberg today confirms many of the rumors we've been hearing about Apple's next generation iPhones.

As expected, Apple will purportedly introduce three new iPhones including a 5.8-inch OLED iPhone, a 6.1-inch LCD iPhone, and a 6.5-inch OLED iPhone. All three models are said to feature Face ID and will not have a Home button. Check out these videos for a more detailed look at each device.

The larger 6.5-inch model is dubbed D33 internally and will have a glass back with stainless steel edges and dual cameras. Its bigger screen will let users view content side by side in apps like Mail and Calendar.

The updated 5.8-inch model is dubbed D32 internally and will have an improved processor and camera.

The new 6.1-inch iPhone is codenamed N84 and will use an LCD display to keep costs down. It will look like an iPhone X but come in multiple colors with aluminum edges. The edges won't necessarily be the same color as the glass back.

The lower-end device will be Apple’s second attempt at differentiating its phones partly by color. In 2013, Apple launched the iPhone 5c, which was essentially an iPhone 5 in plastic casing. The strategy flopped with iPhone users preferring Apple’s metal phones. This year’s lower-cost iPhone will use aluminum edges, retaining a premium feel.

Apple is reportedly planning to equip the two larger phones with dual-SIM card slots in at least some regions.

It's said that Hon Hai will assemble the OLED iPhones while LCD iPhone production will be split between Hon Hai and Pegatron.

Bloomberg says that Apple has altered the names of its new devices multiple times. Naming the lineup is more difficult this year as the company will be selling three similar looking devices with a cheaper model that is larger than the premium 5.8-inch model.

While planning the new devices, Apple has altered the names multiple times. It has at least considered branding the new premium phones the "iPhone Xs," indicating that they’re an upgrade to last year’s iPhone X, the person said. The company has also weighed eschewing the "Plus" label for the larger model, which it has used since the iPhone 6 Plus launched with a larger screen in 2014. The final names could be different, the person noted.

Apple is also working on updated AirPods, its AirPower wireless charger, a new Apple Watch, and redesigned iPad Pro tablets for this year. The company is likely to hold its iPhone event on September 12th but it's unclear which other devices will be unveiled at that event. Please follow iClarified on Twitter, Facebook, Google+, or RSS for updates. 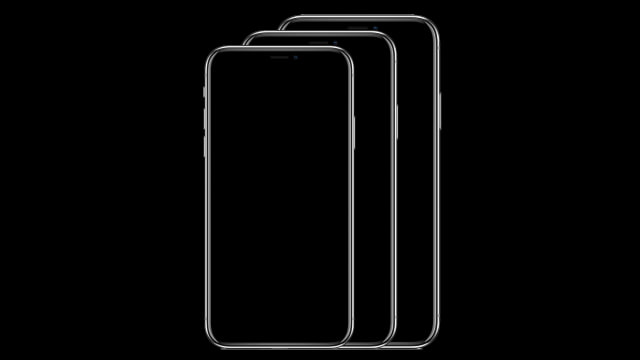