Apple has informed developers participating in its MFi licensing program that it plans to approve third party USB-C to Lightning cables, reports Macotakara.

In order to make the cables, manufacturers will need to use a new C94 Lightning connector. The cable will be able to support a max 15W power supply specification for non-USB PD and 18W charging for USB PD.

It's said that Apple's USB-C to Lightning Cable (model A1703) use the C94 connector.

Apple is also updating its Lightning connectors for other cables.

The site expects third part USB-C to Lightning cables to arrive in mid-2019. 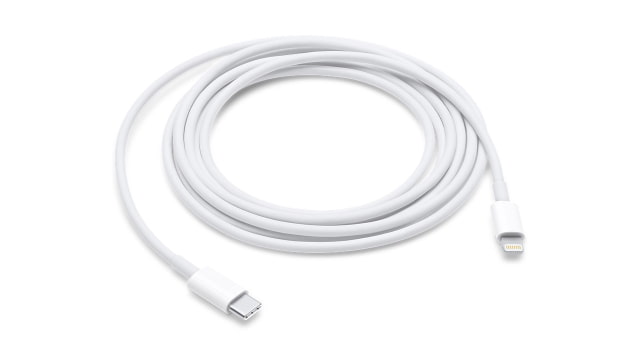