In a letter to U.S. Trade Representative Robert Lightlizer, Apple says that the proposed tariffs on $200 billion in imports from China will affect many of its products and lead to higher prices for consumers.

Last year, the U.S. had a massive $376 billion trade deficit with China. In May, the Trump Administration announced tariffs on $50 billion in goods "as an initial step toward bringing balance to our trade relationship". China responded by matching those tariffs, leading to a U.S. proposed tariff of 10% on $200 billion in Chinese exports. That has since been escalated to 25%.

Apple argues against the tariffs claiming that "the U.S. will be hardest hit, and that will result in lower U.S. growth and competitiveness and higher prices for U.S. consumers".

First, given the balance of Apple's economic footprint, the burden of the proposed tariffs will fall much more heavily on the United States than on China. The traditional method of calculating the U.S. trade balance attributes the entire value of our products to the country where final assembly is located, in most cases China. That calculation, however, does not reflect the immense value that Apple generates in, and returns to, the United States.

After the first round of tariffs, China's stock market had plunged around 25% while the U.S. S&P 500 neared a fresh record. Despite this, CNBC notes that Chinese President Xi Jinping doesn't care about political pressure from his population. Earlier this year, China's parliament passed a constitutional amendment that removes presidential term limits, letting him stay in office indefinitely.

In a report earlier today, CNBC notes that with its huge profits, Apple could absorb the increased costs.

In theory, Apple's impressive margins, profit and cash flow could let it absorb some of the increased cost. Last quarter, the company earned $11.5 billion on sales of $53.3 billion, and reported more than $243 billion in cash and equivalents. It is the most valuable publicly traded company in the world with a market cap that surpassed $1 trillion in early August. The company posts annual revenue north of $200 billion and has pulled in more money than Wall Street has expected for 21 of the last 22 quarters.

Unfortunately, it appears as though Apple plans to pass any extra costs of doing business in China on to its customers.

"All tariffs ultimately show up as a tax on U.S. consumers, they will increase the cost of Apple products that our customers have come to rely on in their daily lives."

You can read Apple's full letter below... 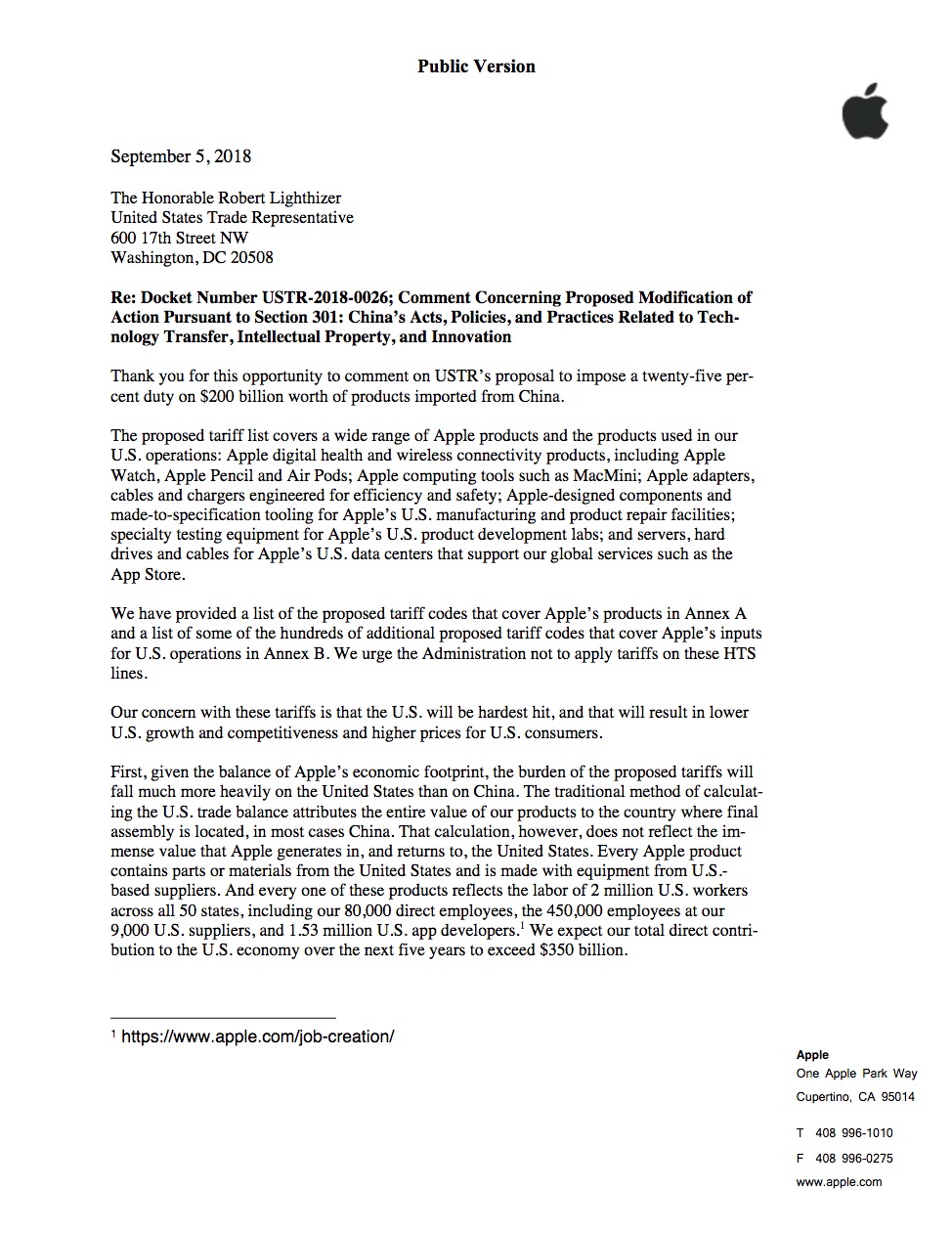 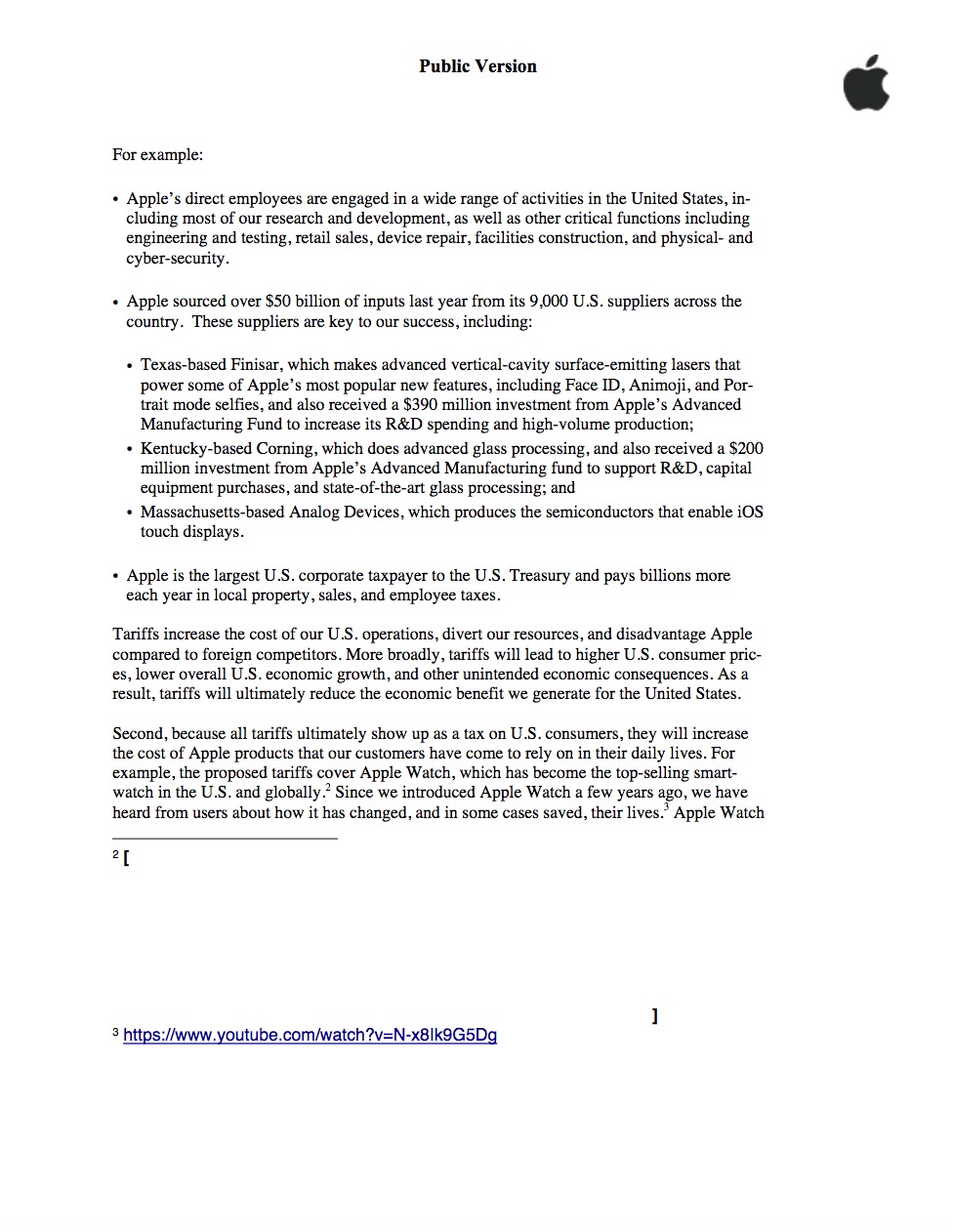 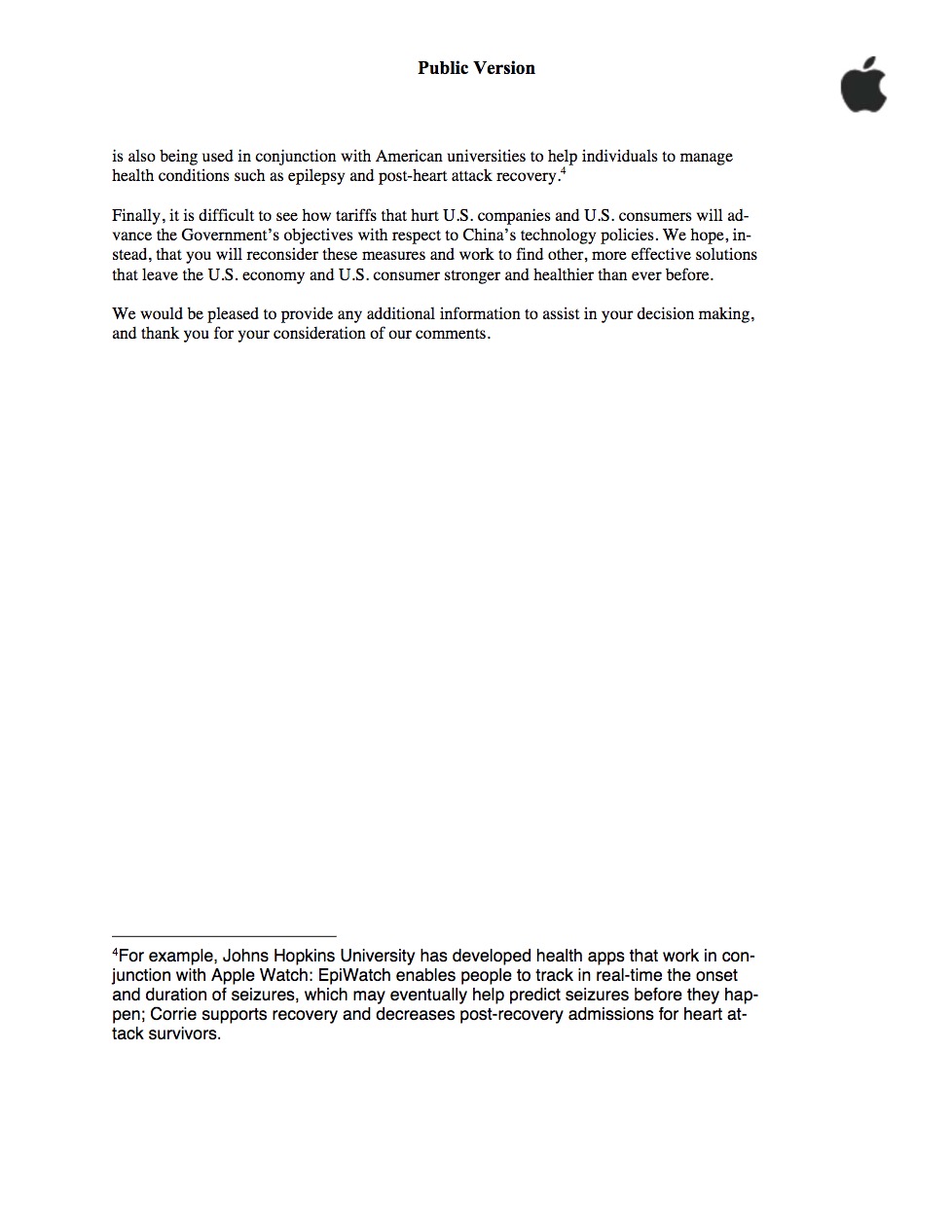 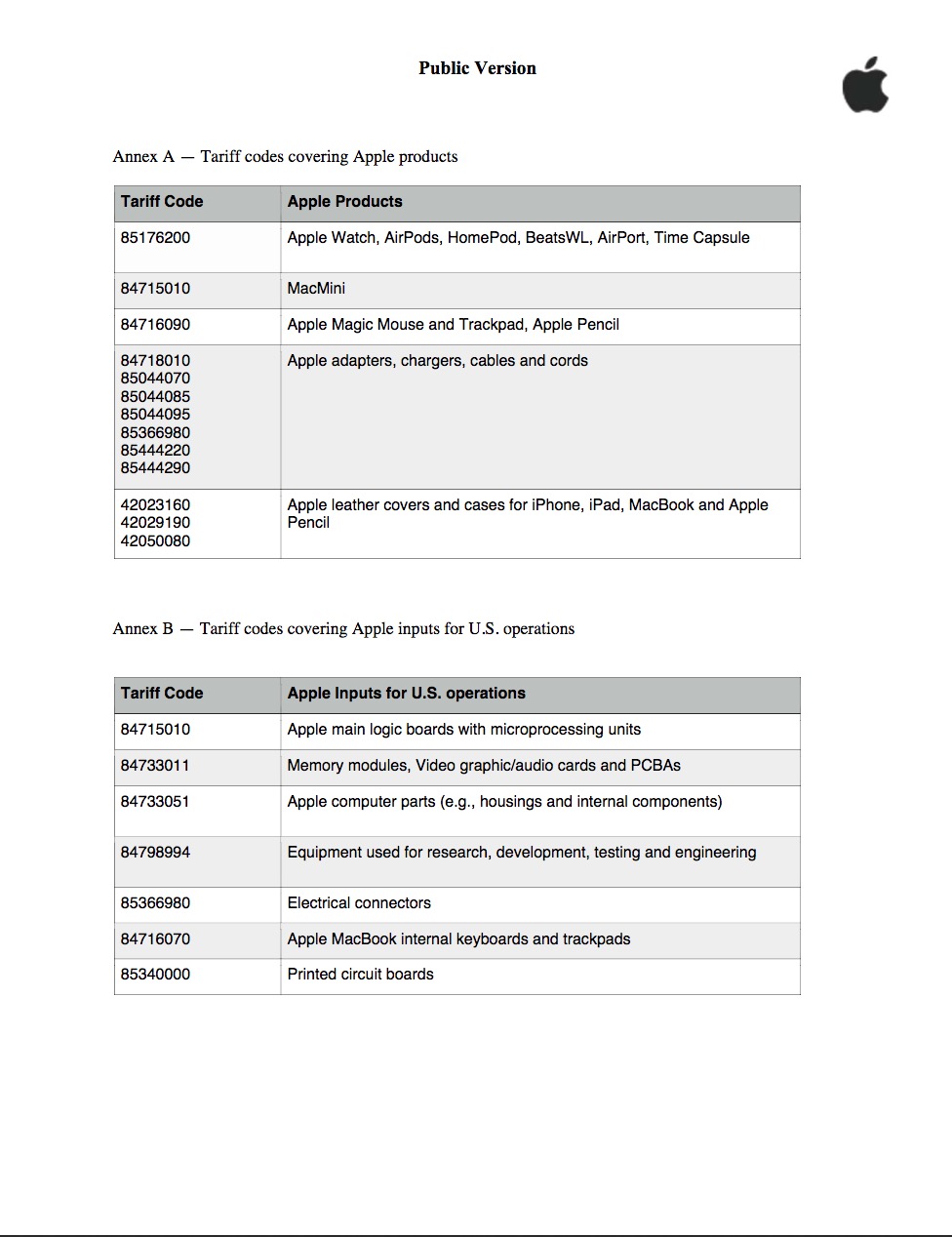 Fredward Bureau russell - September 9, 2018 at 2:29pm
Apple is the only company worldwide to be 100% renewable energy the only company in the world to make all their products out of 100% recycled material
Reply · Like · Mark as Spam

Fredward Bureau russell - September 9, 2018 at 2:30pm
Tim Cook is the only openly gay CEO that I know of let alone one who fights for the rights of everyone
Reply · Like · Mark as Spam

nitemare2123 - September 8, 2018 at 5:19pm
Apple would be kneeling if they were invited to NFL. Great products..very. Un-American company
Reply · Like · Mark as Spam

Ace - September 8, 2018 at 4:24pm
Are you guys commenting kidding me? Apple obviously does not care about anything besides the bottom line. Making as much money as possible. How do you think they became a trillion dollar company? They are without doubt one of the most unethical companies there are. You guys are completely brainwashed if you think they care about anything else.
Reply · Like · Mark as Spam

1reader - September 8, 2018 at 6:42pm
They care about: -“pride month”, -help to find cure for AIDS, -some small donations when it comes to hurricanes or tornadoes and immigration.
Reply · Like · Mark as Spam
9 More Comments
Recent