In a tweet this morning, President Trump addressed Apple's recent comments regarding the Administration's proposed tariffs on Chinese exports. In a letter to the U.S. Trade Representative on Wednesday, Apple claimed that the tariffs would "show up as a tax on U.S. consumers".

In response, Trump told Apple that it should make its products in the United States instead of China.

Apple prices may increase because of the massive Tariffs we may be imposing on China - but there is an easy solution where there would be ZERO tax, and indeed a tax incentive. Make your products in the United States instead of China. Start building new plants now. Exciting! #MAGA

It's difficult to see Apple gaining sympathy in its fight against the proposed tariffs. As the most profitable company in the world, Apple could absorb the added costs of doing business in China. The company also greatly benefited when Trump slashed the corporate tax rate to 21% from 35% and lowered the tax rate to let it repatriate billions of dollars. Additionally, many Americans take issue with the Apple manufacturing most of its products overseas. 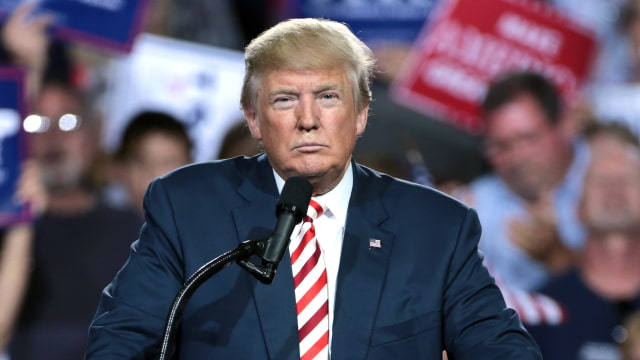 joshWUa - September 10, 2018 at 5:14pm
Lol then most likely I won’t buy from Apple anymore since everything will be twice as more overpriced as they are now.
Reply · Like · Mark as Spam

lepaka - September 9, 2018 at 9:27am
so a stupid ignorant could say that! it is not about who assembly the products, donkey! it is about where you can find the raw materials to produce your products, in US you are not able to produce (manufacture) computers and handys without importing raw materials. then if you still think you can do it, you will loose the international market forever
Reply · Like · Mark as Spam

nocci - September 9, 2018 at 4:39am
"Build plants in the U.S." Uh maybe China features something that's likely not in the U.S. and besides even successfully building a plant isn't really going to do much especially with how successful the company is now that they are a trillion dollar company. Either way, I just know Trumpster is up to some shady business scheme like he did with his tax scam to give the already wealthy something that could go to the poor and working middle class. This is just a short hand of how he wants things his way and how a majority of Republicans are his puppets.
Reply · Like · Mark as Spam
16 More Comments
Recent