The trays were originally posted to Weibo and shared on Twitter by Ben Geskin. This follows an earlier leak of purported 'iPhone Xc' prototypes.

Geskin notes that the space gray and silver SIM card trays are double-sided, allowing for one SIM card on each side.

Single SIM tray, double sided, one card on each side.

At this point it's not clear what Apple has chosen to name the new 6.1-inch iPhone. The device is rumored to come in six colors but those aren't certain either. The LCD device will likely be a cheaper alternative to Apple's 5.8-inch and 6.5-inch OLED models. It's believed to feature an A12 processor, 3GB of RAM, a 12MP single lens camera, an aluminum frame, and Face ID support.

Apple will unveil its new phones tomorrow at a special 'Gather round' event. Make sure to follow iClarified on Twitter, Facebook, Google+, or RSS for updates. 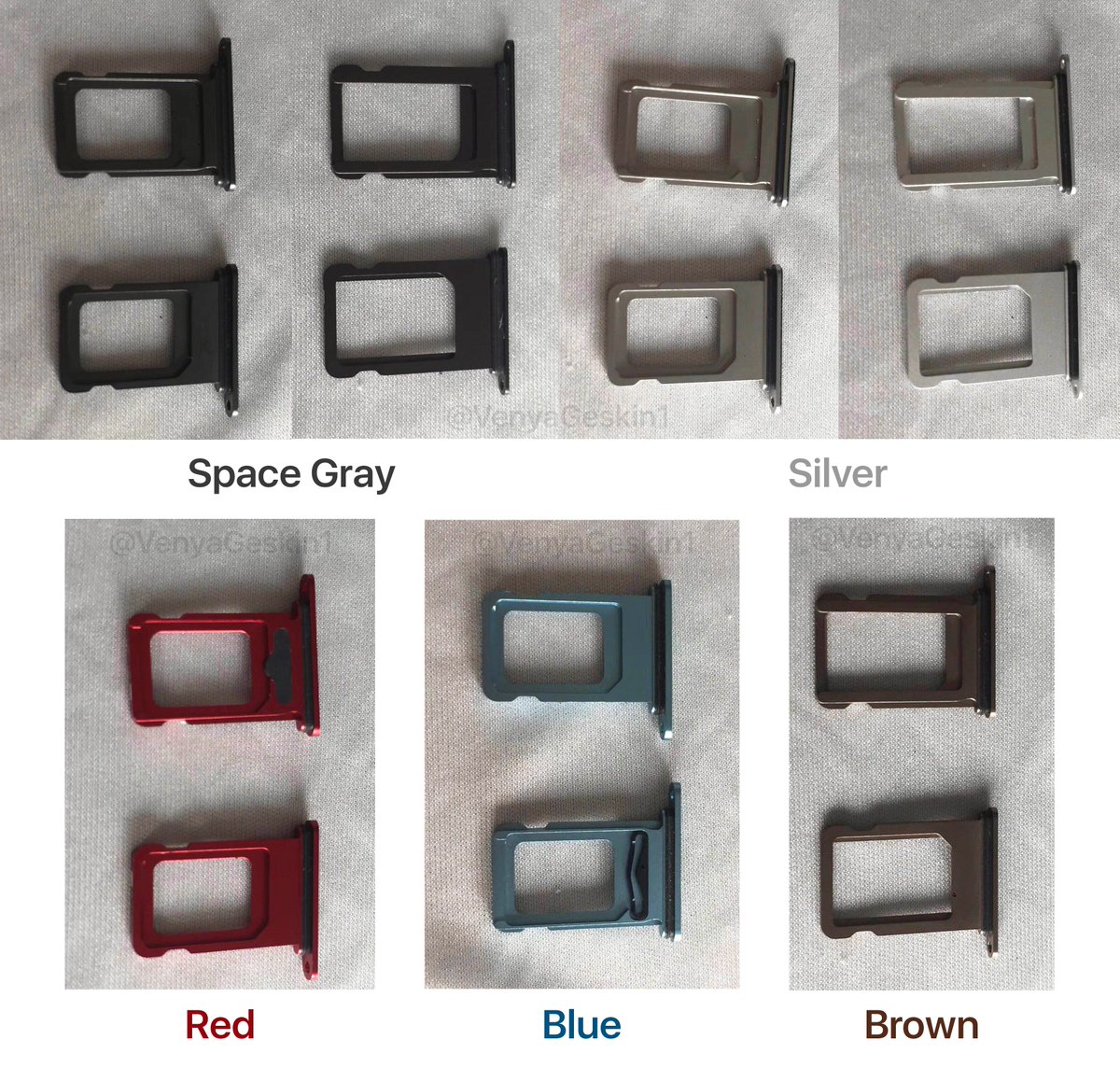 stevenlacross - September 11, 2018 at 4:52pm
Is it just me or does only the blue and red look like it’s double sided and the others look only single sided
Reply · Like · Mark as Spam
Recent