Following its removal from the App Store, Tumblr has announced that it will ban all adult content starting December 17th.

Starting Dec 17, adult content will not be allowed on Tumblr, regardless of how old you are. You can read more about what kinds of content are not allowed on Tumblr in our Community Guidelines.

Apple removed the app from the App Store in mid-November after it discovery child pornography on the service.

Tumblr has issued the following statement on the removal.

We’re committed to helping build a safe online environment for all users, and we have a zero tolerance policy when it comes to media featuring child sexual exploitation and abuse. As this is an industry-wide problem, we work collaboratively with our industry peers and partners like NCMEC to actively monitor content uploaded to the platform. Every image uploaded to Tumblr is scanned against an industry database of known child sexual abuse material, and images that are detected never reach the platform. A routine audit discovered content on our platform that had not yet been included in the industry database. We immediately removed this content. Content safeguards are a challenging aspect of operating scaled platforms. We’re continuously assessing further steps we can take to improve and there is no higher priority for our team.

The ban is likely to upset Tumblr users who have spent years building up blogs and follower counts on the platform.

Here are the details on what type of images will and won't be allowed.

What is still permitted?
Examples of exceptions that are still permitted are exposed female-presenting nipples in connection with breastfeeding, birth or after-birth moments, and health-related situations, such as post-mastectomy or gender confirmation surgery. Written content such as erotica, nudity related to political or newsworthy speech, and nudity found in art, such as sculptures and illustrations, are also stuff that can be freely posted on Tumblr.

As always, please make sure the email associated with your Tumblr account is one you use regularly. It’s how we get in touch when we need you!
--- 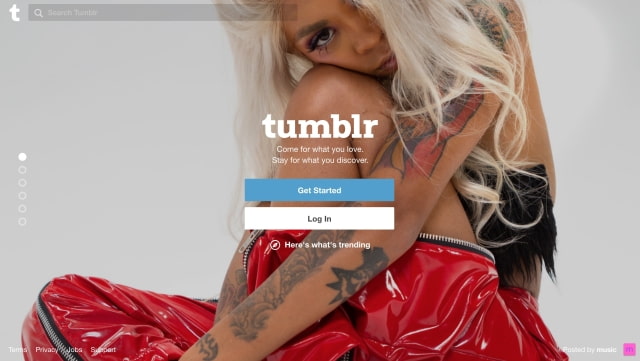 gabe - December 4, 2018 at 12:50pm
This will be the downfall of Tumblr. Mark my words. Seeing as 90% of users are adult content users, they'll have little to no one left utilizing their service.
Reply · Like · Mark as Spam

curtixman - December 4, 2018 at 5:14am
Looking past the surface that’s kinda f’ed up. Apple is really digging themselves a hole here with these panoplistic tactics and attitudes. It already looks like they may lose that lawsuit over the AppStore and they’re just digging themselves a deeper hole with stuff like this. It’s one thing to micromanage the products and services they themselves offer but by proxy low they’re going to control the content of what is offered by any and all creators on their monopolized AppStore too?
Reply · Like · Mark as Spam
Recent