Apple has announced that iOS 12 adoption has officially reached 70%. 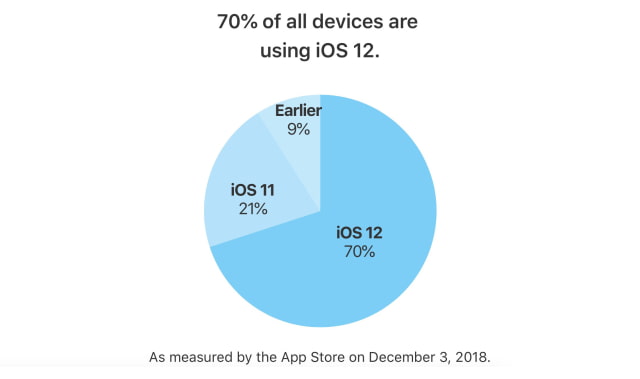 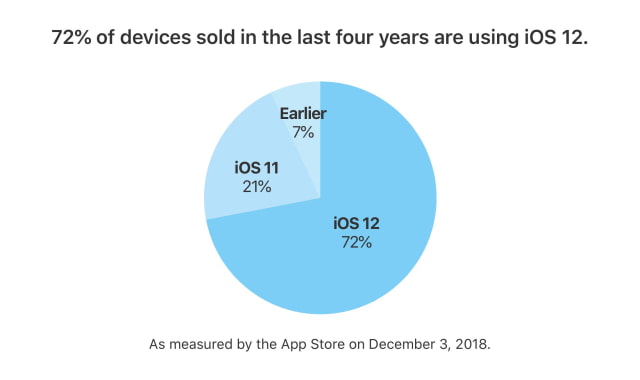 dmorg - December 5, 2018 at 10:41pm
Exactly! If they really wanted to measure real adoption, they would allow us to downgrade to older versions of the iOS software, and THEN they should try measuring the “adoption.”
Reply · Like · Mark as Spam

stevenlacross - December 5, 2018 at 4:41pm
Yeah because there’s no way to go back down once you accidentally update to 12, so it’s a forced update. Of course it’s going to grow over time
Reply · Like · Mark as Spam
Recent