Spotify: Apple is a 'Ruthless Bully' That Uses Its Dominance to Hobble Competitors

Check out this leaked image of Apple's upcoming Smart Battery Case for the iPhone XS. The photo was obtained by 9to5Mac after locating an icon for the new battery case in watchOS 5.1.2 beta 2.

Today, we have obtained images that show a more clear picture of the new Smart Battery Case and also new information found in iOS that gives us an indication of Apple’s planned release schedule. There are images for three different models of the battery case: A2070, A2071 and A2171.

The existence of three models numbers could mean that Apple will release a case for all three of its new smartphones - the iPhone XR, XS, and XS Max. Interestingly, the site also found an identifier that indicates Apple plans to release the cases in 2018. While it's pretty late in the year, Apple has previously released products in December. The original Smart Battery Case was released on December 8, 2015 and Apple released its popular AirPods on December 13, 2016. 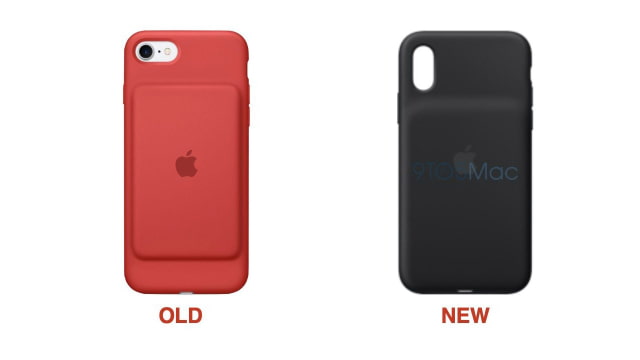 Juggernaut - December 11, 2018 at 4:54pm
If phones these days would be at least as thick as their camera bulges, batteries would be larger and there would be no need for these half assed solutions. And since no one ever really thought I wish my phone was thinner since iPhone 5S, and would give up battery capacity for it, wtf is the phone industry doing!?
Reply · Like · Mark as Spam