The ProLine video doorbell from Robin Telecom will start shipping this month, reports AppleInsider. The doorbell was approved by Apple last month and is currently the only HomeKit compatible doorbell listed on Apple's site.

Details on the device are still scarce but its said to feature a wide 130 degree angle camera, HD video, a relay contact for an external bell, a photochromic dome, a name label with backlight and a full aluminum design. 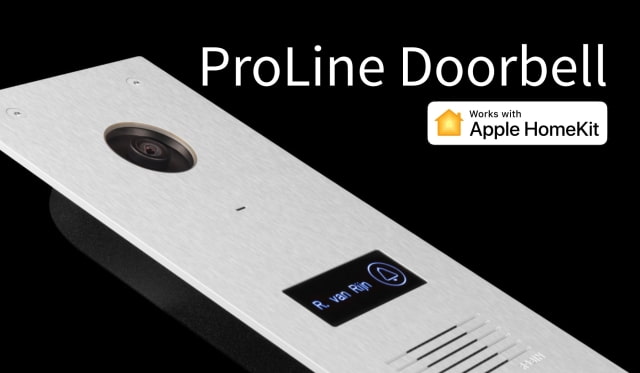 By the end of February, the ProLine doorbell will be available in the United States and Canada for about $660. While it may launch as the first HomeKit video doorbell, it will soon have competition from Netatmo and others.

NoGoodNick - January 13, 2019 at 6:52pm
I’m sorry, maybe I’m just an old geezer, but I’d rather not install a lock to protect my family that anyone in the world can hack at any given moment. Security needs to be secure, NOT convenient! If you load an unsafe app on your phone, you may lose the data on that one device, but your home is your castle, and needs to feel safe (even if it isn’t).
Reply · Like · Mark as Spam
Recent