Apple has been named the The World's Most Admired Company by Fortune for the 12th consecutive time.

Fortune collaborated with Korn Ferry on this survey of corporate reputations. They began with 1,500 candidates: the 1,000 largest U.S. companies ranked by revenue, along with non-U.S. companies in Fortune’s Global 500 database that have revenues of $10 billion or more. Those were narrowed down to the highest-revenue companies in each industry, a total of 680 in 30 countries. The top-rated companies were picked from that pool of 680; the executives who voted work at the companies in that group.

To select our 50 All-Stars, Korn Ferry asked 3,750 executives, directors, and securities analysts who had responded to the industry surveys to select the 10 companies they admired most. They chose from a list made up of the companies that ranked in the top 25% in last year’s surveys, plus those that finished in the top 20% of their industry. Anyone could vote for any company in any industry.

Check out the full list at the link below! 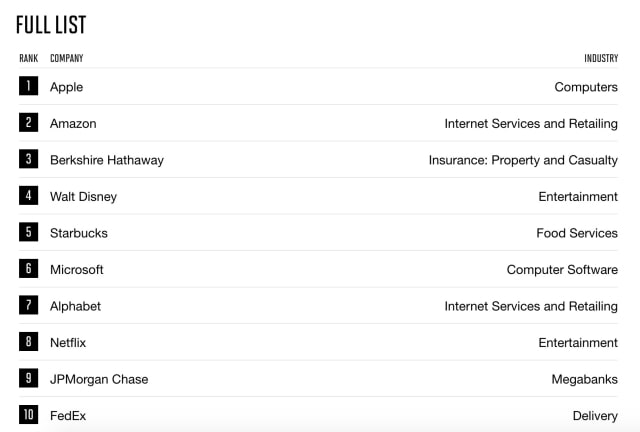