Cloudflare has announced the upcoming launch of Warp, a free VPN service that will be available to iOS users through the 1.1.1.1 app.

Warp respects end-to-end encryption and doesn’t require you to install a root certificate or give Cloudflare any way to see any encrypted Internet traffic. It will also add encryption from your device to the edge of Cloudflare's network for traffic that is not fully encrypted.

The service is built around a UDP-based protocol optimized for the mobile Internet. Leveraging their global network, direct peering connections, and uncongested paths, Cloudflare says their tests have shown that Warp will often significantly increase Internet performance. 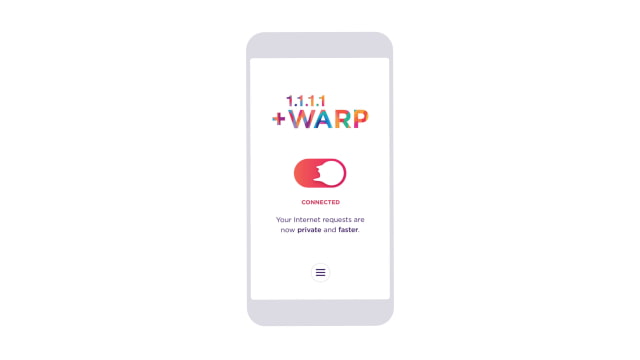 -----
What really distinguishes Warp is performance and reliability. While other VPNs slow down the Internet, Warp incorporates all the work that the team from Neumob has done to improve mobile Internet performance. We’ve built Warp around a UDP-based protocol that is optimized for the mobile Internet. We also leveraged Cloudflare’s massive global network, allowing Warp to connect with servers within milliseconds of most the world’s Internet users. With our network’s direct peering connections and uncongested paths we can deliver a great experience around the world. Our tests have shown that Warp will often significantly increase Internet performance. Generally, the worse your network connection the better Warp should make your performance.

And reliability is improved as well. While Warp can’t eliminate mobile dead spots, the protocol is designed to recover from loss faster. That makes that spot where your phone loses signal on the train when you’re commuting in from work a bit less annoying.

We also knew it was critical that we ensure Warp doesn’t meaningfully increase your battery usage. We built Warp around WireGuard, a modern, efficient VPN protocol that is much more efficient than legacy VPN protocols. We’ve also worked to minimize any excess use of your phone’s radio through retransmits which, if you’ve ever been somewhere with spotty mobile coverage, you know can heat up your phone and quickly burn through your phone’s battery. Warp is designed to minimize that.
-----

The basic version of Warp will be free but users will be able to subscribe to Warp+ for an even faster version that uses Cloudflare's virtual private backbone and Argo technology. The company says it will charge a "low monthly fee" that likely varies by region.

The service will roll out over the next few months. You can download the 1.1.1.1 app from the App Store to secure your spot in line. 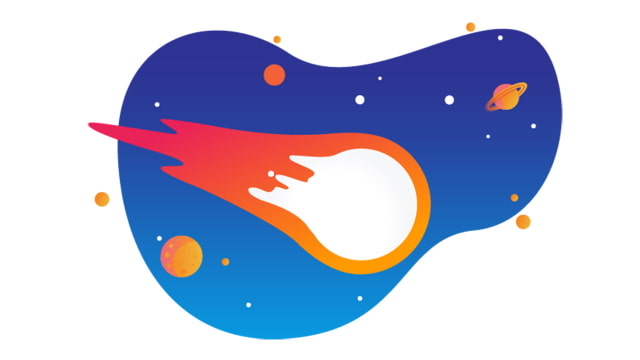