A new report from Gartner estimates that worldwide PC shipments totaled 58.5 million units in Q1 2019, a 4.6% decline from the year ago quarter.

“We saw the start of a rebound in PC shipments in mid-2018, but anticipation of a disruption by CPU shortages impacted all PC markets as vendors allocated to the higher-margin business and Chromebook segment,” said Mikako Kitagawa, senior principal analyst at Gartner. “While the consumer market remained weak, the mix of product availability may have also hindered demand. In contrast, Chromebook shipments increased by double digits compared with the first quarter of 2018, despite the shortage of entry-level CPUs. Including Chromebook shipments, the total worldwide PC market decline would have been 3.5 percent in the first quarter of 2019.”

“The supply constraints affected the vendor competitive landscape as leading vendors had better allocation of chips and also began sourcing alternative CPUs from AMD,” said Ms. Kitagawa. “The top three vendors worldwide were still able to increase shipments despite the supply constraint by focusing on their high-end products and taking share from small vendors that struggled to secure CPUs. Moreover, the constraints resulted in the top vendors shifting their product mix to the high-end segment in order to deal with the constraint — which, along with favorable component price trends, should boost profit margins.”

Check out the charts for more details or hit the link below for the full report. 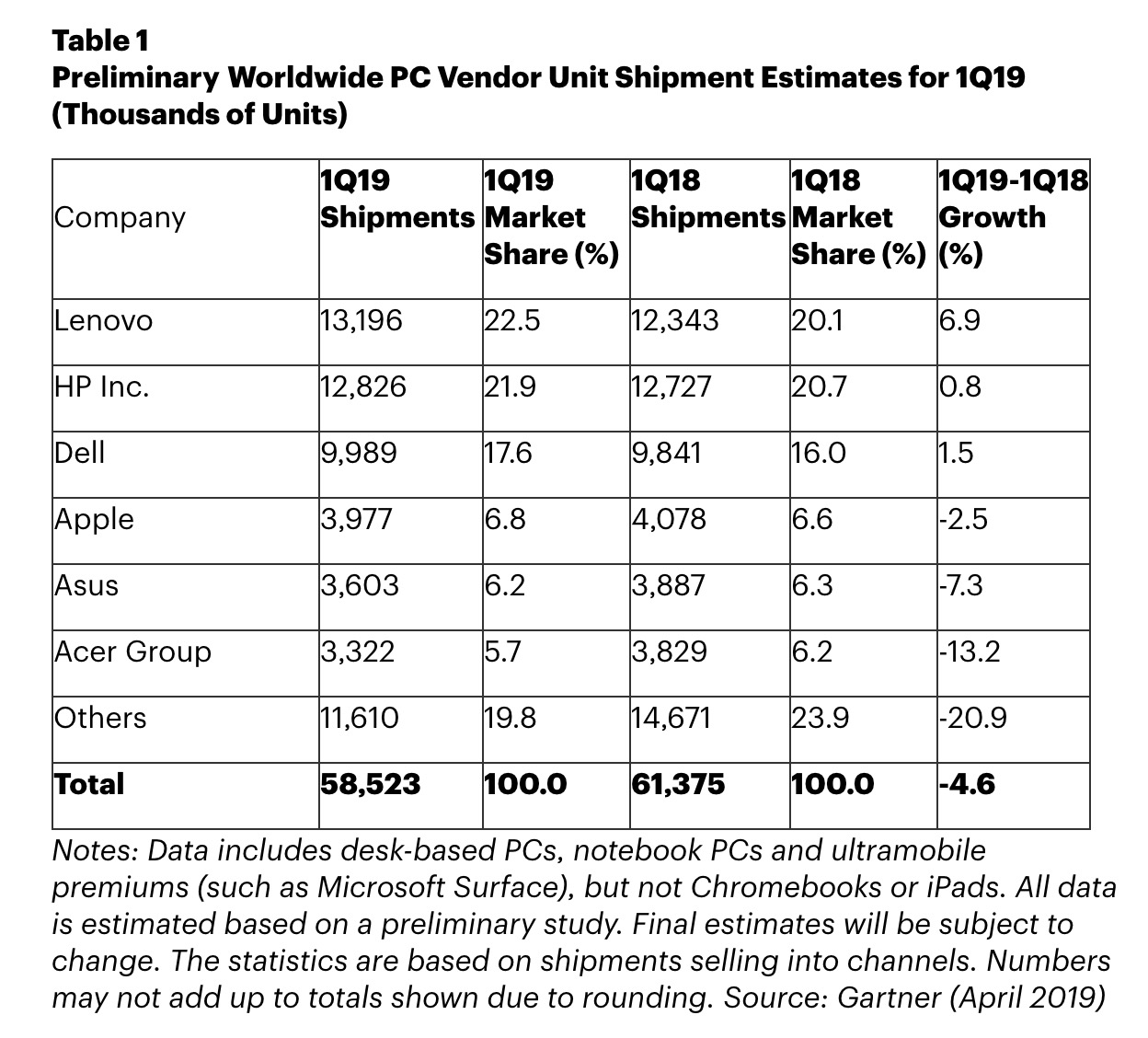 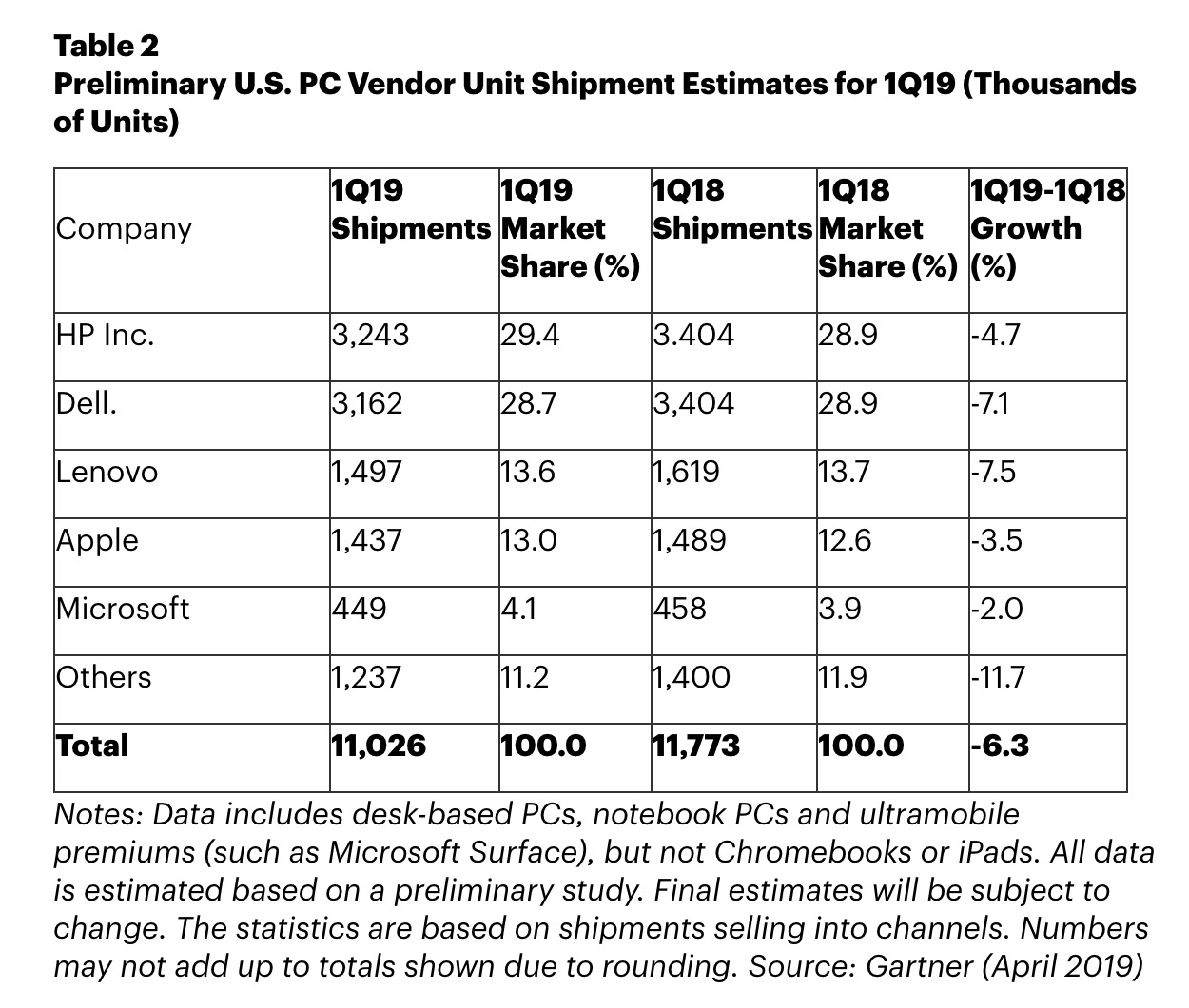