Apple has begun sending out media invites for its 2019 Worldwide Developers Conference keynote in June.

You're invited to the keynote address at our annual Worldwide Developers Conference.

The annual keynote will be held on Monday, June 3 at 10am at the San Jose McEnery Convention Center.

Apple will likely unveil its next major updates to iOS and macOS at the event. You can learn about some of the rumored new features here. There is also a chance Apple could finally unveil its successor to the Mac Pro. 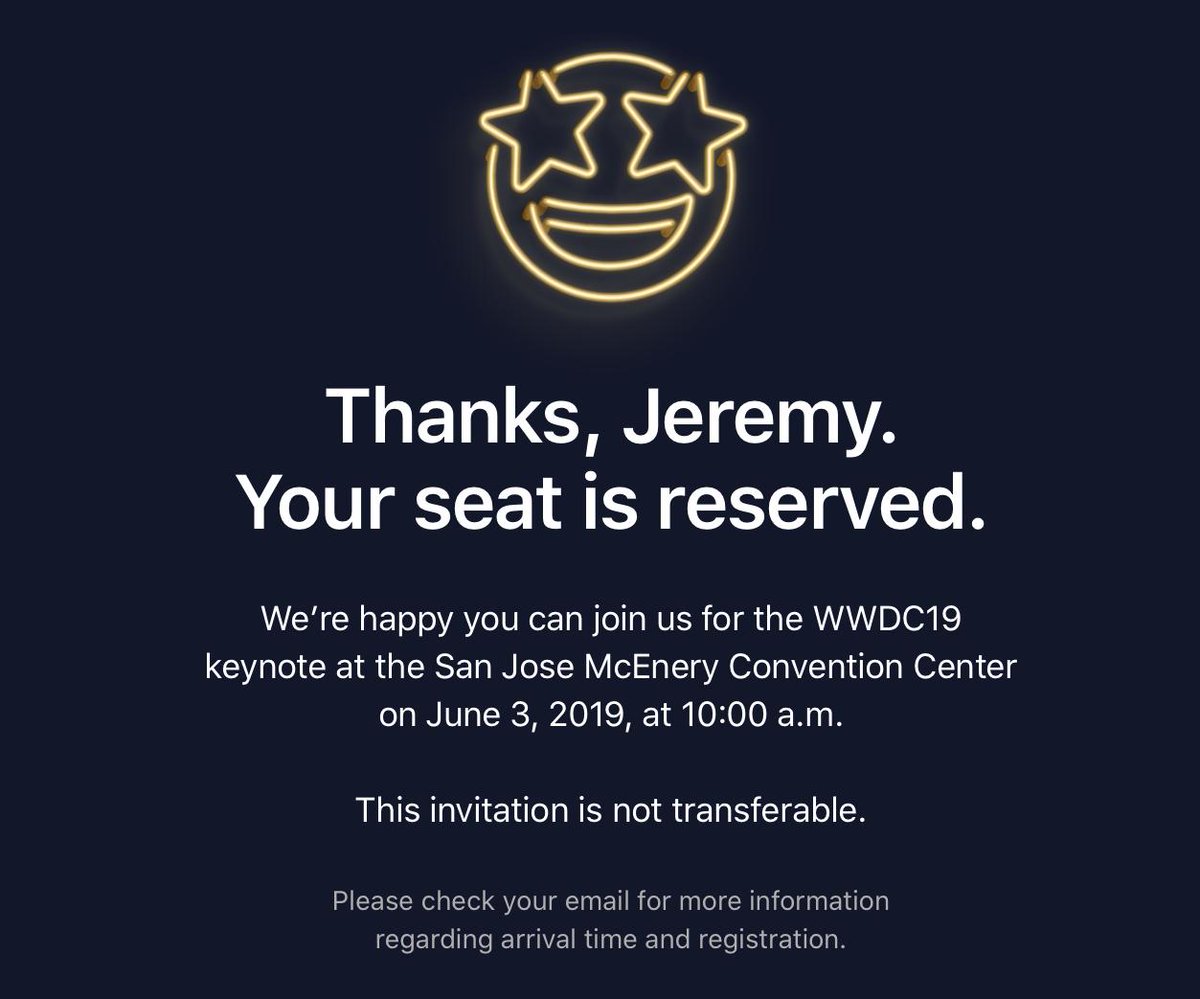