According to the filings, the new models will ship with iPadOS 13 which should launch this September.

Two newly discovered document filings with the agency mention model numbers A2068, A2198, A2230, A2197, and A2228. Apart from model numbers, the documents also mention that all these iPads will ship with iPadOS 13, which was showcased at WWDC 2019. These new iPads might possibly be a follow up to this year’s models, which we had first spotted at EEC back in January 2019 ahead of the official summer launch event where the company launched the iPad Air (2019) and the iPad mini (2019). 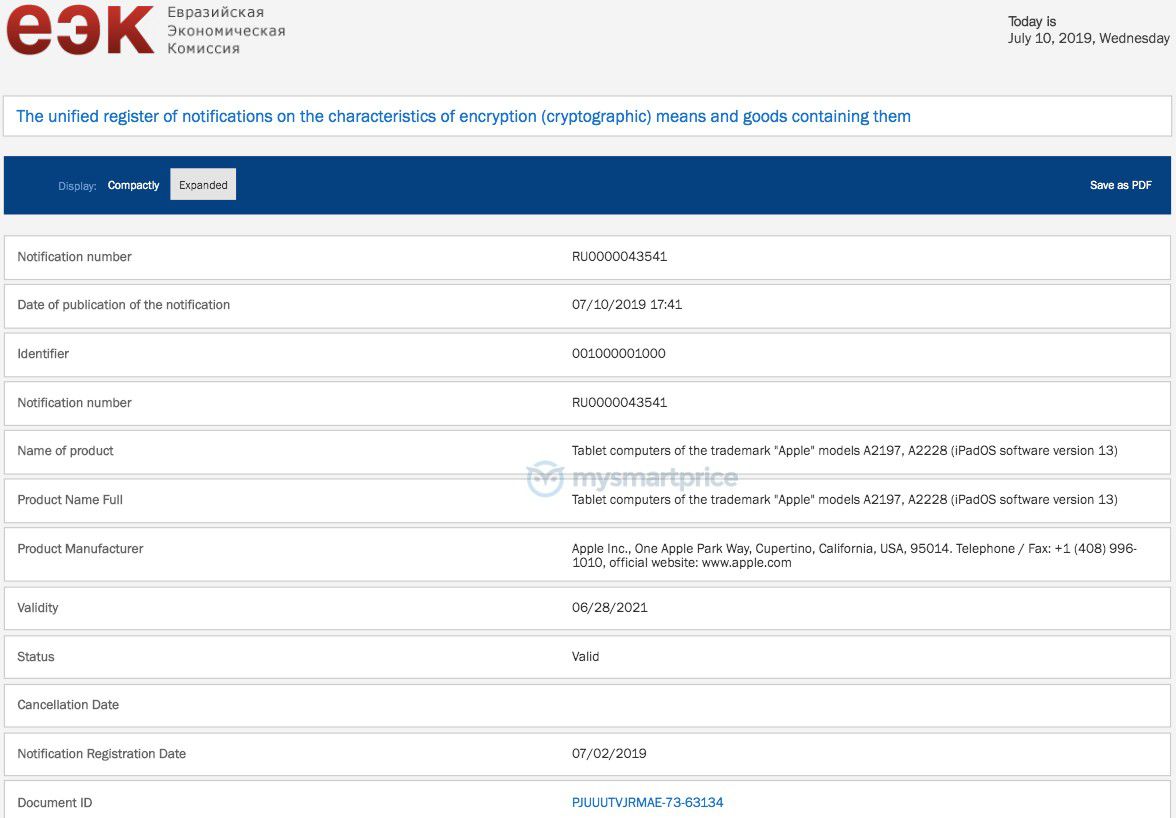 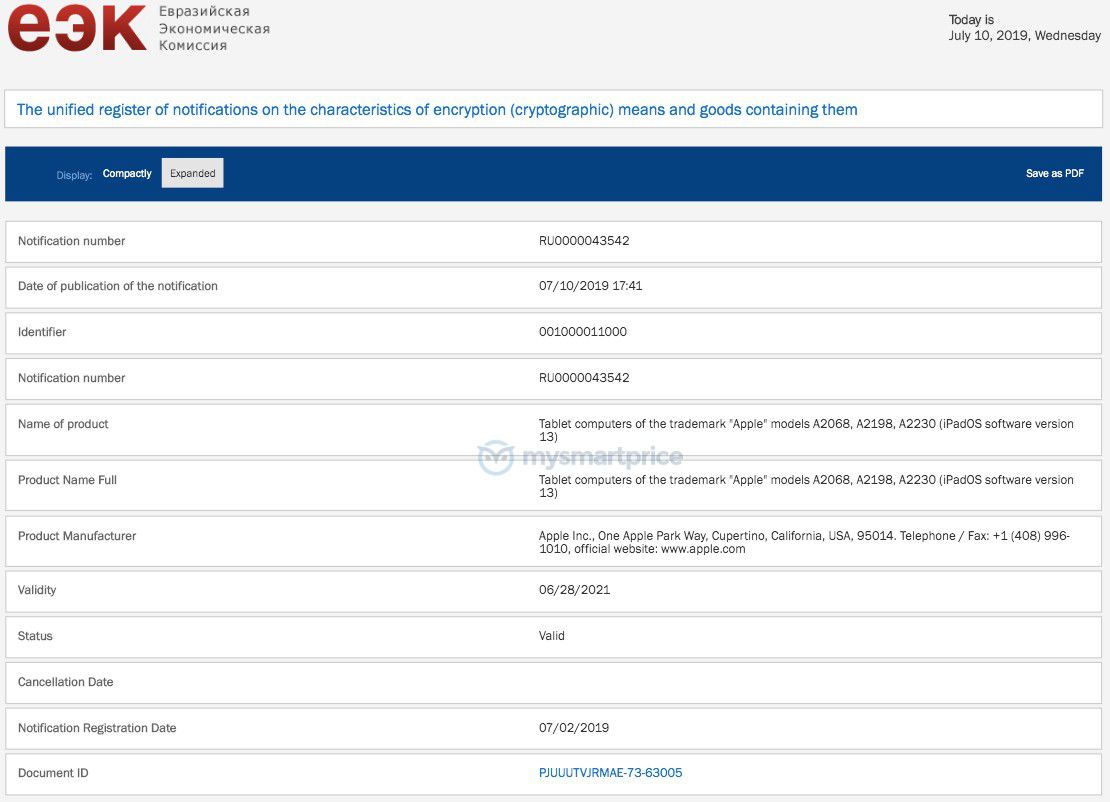