Apple has announced that iOS 13 will be released on September 19th.

iOS 13 includes many new features such as Dark Mode, new browsing and editing tools for Photos, Sign in With Apple, enhancements to Maps, updates to Reminders, Notes, Messages, Siri, CarPlay, Files, and much more. Click here for more details. 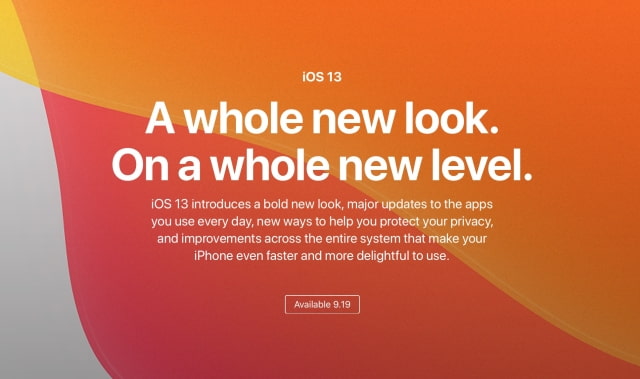