Apple has announced the launch of Apple News+ in Australia and the United Kingdom. 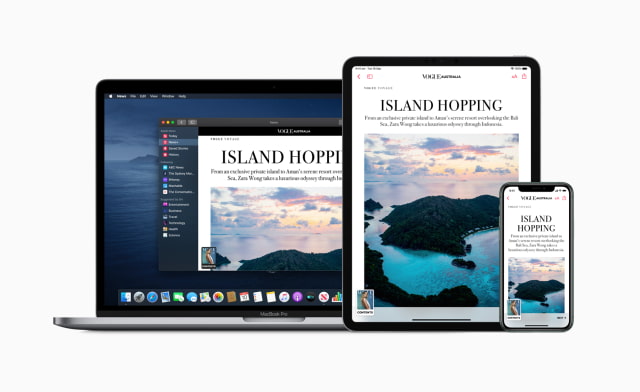 In the UK, Apple News+ offers publications to meet any range of interests from renowned British publications such as The Times and The Sunday Times, Cosmopolitan UK, Elle UK, Esquire UK, FourFourTwo, Empire, Hello!, Cyclist and Grazia, as well as several US newspapers, magazines and digital outlets including The Wall Street Journal, Bloomberg Businessweek, National Geographic, Rolling Stone, Vox and more.

Apple News+ is available today in Australia for $14.99 a month and in the UK for £9.99 a month. Customers can sign up for a free one-month trial, and the plan automatically renews after the trial ends. Apple News+ is supported on iOS 12.2 or macOS 10.14.4. Through Family Sharing, up to six family members can share one Apple News+ subscription. 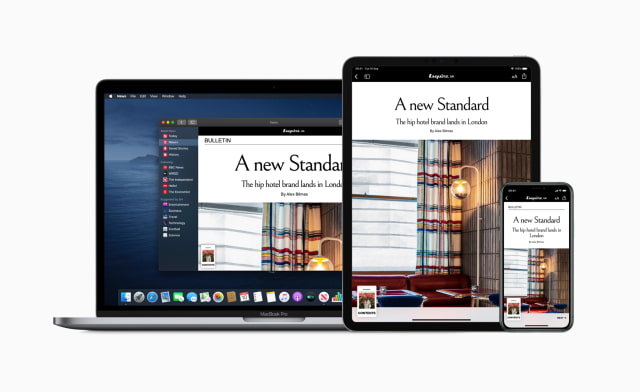