In a recent interview with GQ, Apple CEO Tim Cook revealed that one-third of customers coming in to the Apple Store are trading in their old devices.

Cook spoke to GQ ahead of accepting an award from Ceres, a nonprofit that promotes sustainable energy.

In 2017, the company began working towards a fully close-loop supply chain where all new devices would be manufactured without “pulling new materials from the Earth.”

“We're thinking about literally every single part of what we are making… It's the mother of all objectives,” Cook said. “But it's one that we love to set.”

As part of these efforts, Apple has developed a robot named Daisy that can disassemble 200 old iPhones an hour, removing and sorting components, so that Apple can recover materials that traditional recyclers can’t — and at a higher quality.

Apple's Trade In Program is key to recovering devices which can be then be recycled or resold.

“This year we've really moved the dial on getting the consumer to think about trade-in,” Cook said. “We were up to a third or more of the people that come into our stores that are trading in, and this number is trending up. So I think that's a positive sign.”

More details from Cook's interview at the link below! 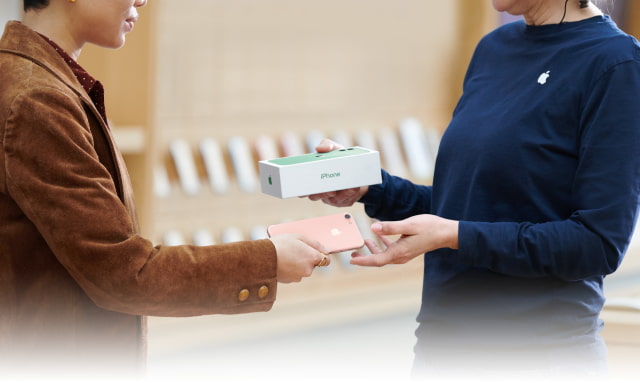 ex iPhone lover - October 29, 2019 at 1:38pm
Because apple is slowing down their old devices by forcefully upgrading them to newer ios versions. E.g. iPhone 5 will stop working on november 3rd if you dont upgrade your ios to 10.3...hats off to Apple for such lame move. Apple is the next Nokia
Reply · Like · Mark as Spam