An Apple Watch Series 5 (PRODUCT)RED model was briefly spotted in an Apple database before disappearing, suggesting that the smartwatch could soon come in a new color.

The reference was spotted by French site WatchGeneration.

Indiscretion is to be taken with the tweezers of use, but we have everything to believe that such a model is in the pipes of the manufacturer: it briefly appeared in an Apple database, under a reference number different from RED bracelets. (Translation)

It's believed the watch is a Series 5 with an aluminum case. The color would likely be similar to the (PRODUCT)RED iPod touch and it should retail for the same as the other models.

The site suggests that Apple could unveil the new color in March alongside a next generation iPad Pro and new iPhone SE 2. 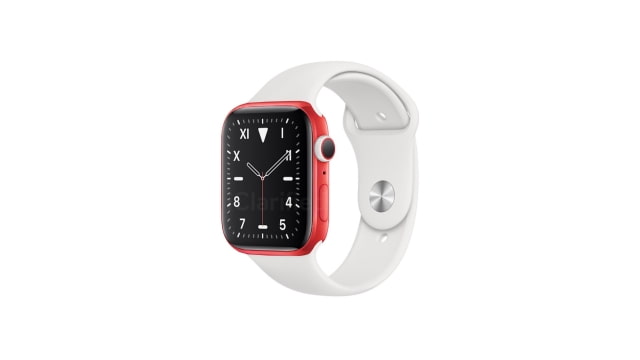