iPadOS 13.4 introduces support for mouse and trackpad with iPad for greater precision and navigating the system with Multi-Touch gestures, and adds iCloud Drive folder sharing from the Files app and new Memoji stickers. This update also contains bug fixes and improvements.

Mail
● Always-visible controls to delete, move, reply to, or compose a message in conversation view
● Responses to encrypted emails are automatically encrypted when you have configured S/MIME

This update also includes bug fixes and other improvements. 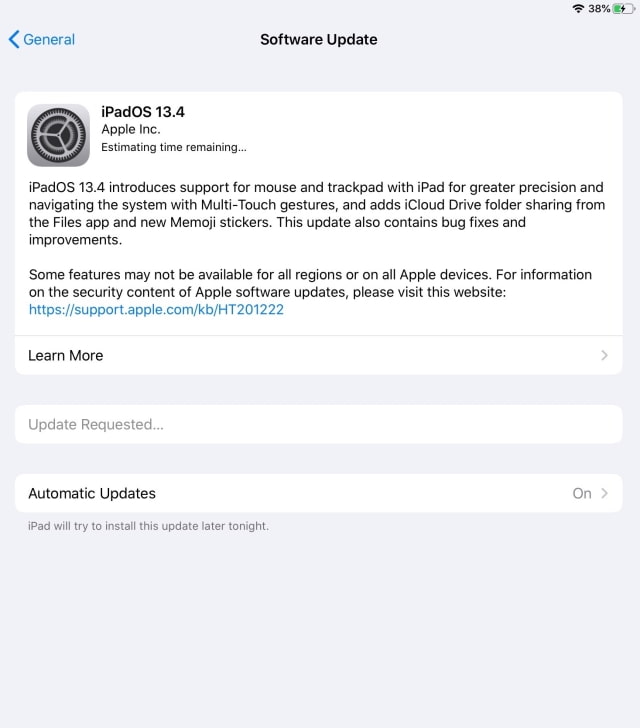