Facebook has announced the rollout of 'Messenger Rooms', new joinable group video calls for connecting with friends, loved ones, and people with shared interests. You can create a room from Messenger or Facebook and invite anyone to join, even if they don’t have a Facebook account. Rooms will soon hold up to 50 people with no time limit.

Host celebrations, organize a book club or just hang out on the couch with friends. You don’t need to call someone and hope it’s a good time or check everyone’s calendar first. You can start and share rooms on Facebook through News Feed, Groups and Events, so it’s easy for people to drop by. Soon we’ll add ways to create rooms from Instagram Direct, WhatsApp and Portal, too. 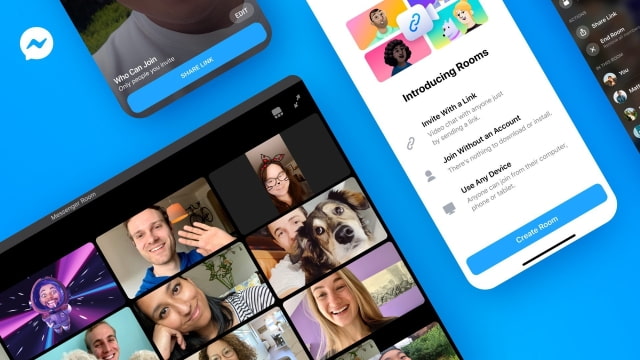 You'll see rooms that are open to you on Facebook. Those rooms can be joined from your phone or computer without needing to download anything to get started. 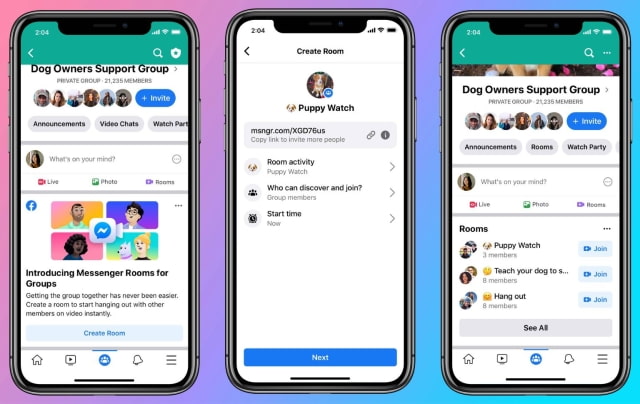 “We’re busier than ever now because so many of our troops are stuck in another country and unable to travel until further notice,” said Janet Sanchez, admin of the Esposas Militares Hispanas!! USA Armed Forces! Facebook group. “This puts a huge burden on our families and moms who have their hands full but also feel isolated. Messenger Rooms would be a wonderful way for our community to connect face to face and share stories and give support in a more personalized way so that our members don’t feel so alone.” 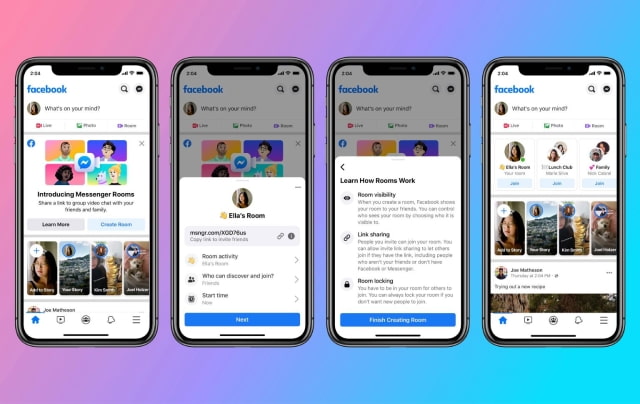 In addition to Messenger’s AR effects, like bunny ears and aliens, we are starting to roll out new AI-powered effects to upgrade your Messenger video chats on mobile. We are introducing immersive 360-degree backgrounds that transport you to beautiful and iconic spaces, from the beach to a luxe apartment on the water. There are 14 new camera filters that offer ambient lighting to brighten your space and your face. We’re also adding new AR effects, so you can celebrate birthdays or go stay-at-home camping with your friends. 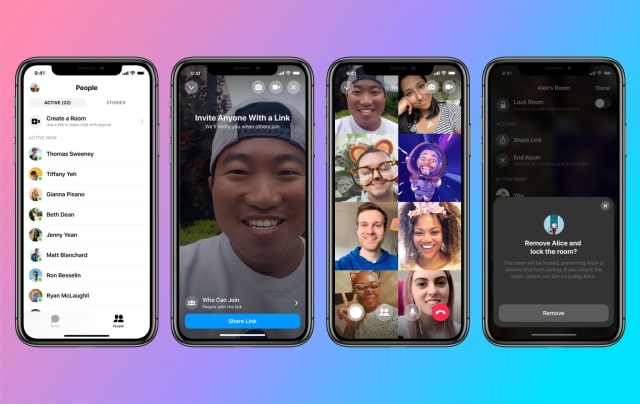 In its announcement, Facebook also outlined some of the privacy and safety steps it's taken for Rooms.

We don’t view or listen to your calls, and the person who creates the room controls who can join, who sees the room, and if the room is locked or unlocked to new guests. The room creator must be present in order for the call to begin, and the creator can remove guests at any time. You can report a room name or submit feedback about a room if you believe it violated our Community Standards. Reports will not include audio or video from the room since we don’t view or listen to your calls.

Messenger Rooms is rolling out in select countries this week and will expand to the rest of the world in coming weeks, including the US. New features will be added over the coming months. 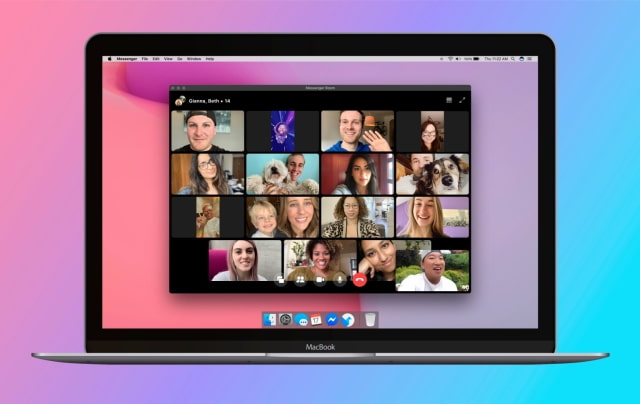