Apple has been in talks with high ranking government officials to shift more iPhone production from China to India, according to the Economic Times.

Several meetings between Apple's senior executives and top ranking government officials over the last few months have paved the way for the iPhone maker examining the possibility of shifting nearly a fifth of its production capacity from China to India and scaling up its local manufacturing revenues, through its contract manufacturers, to around $40 billion over the next five years, say officials familiar with the matter.

"We expect Apple to produce up to $40 billion worth of smartphones, mostly for exports through its contract manufacturers Wistron and Foxconn, availing the benefits under the production-linked incentive (PLI) scheme," a senior government official told ET.

“India isn’t a big market for Apple as the company sells only a fraction of its total output in India. It is actually looking at India as a base to manufacture and export, essentially diversifying its production out of China,” an official said.

The coronavirus outbreak has underscored the need for Apple and other companies to diversify their production and supply chains. Recently, the WSJ reported that TSMC and Intel, are in talks with the Trump Administration to build factories in the United States. TSMC produces Apple's A-series chips and Intel provides processors used in Mac computers. 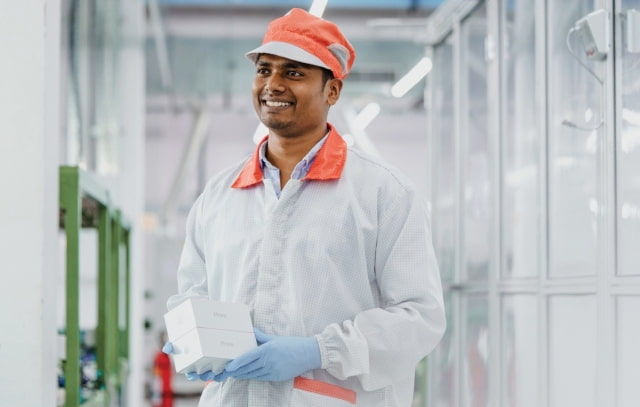