Groklaw has been transcribing exhibits from the Comes v. Microsoft antitrust litigation, which although settled, provides 3,000 or so exhibits to the public.

In Exhibit 7219 there is a flurry of emails from 2003, when the Microsoft top tier executives at Microsoft first heard about iTunes. Bill Gates said that Microsoft was caught "a bit flat footed again". Jim Allchin asked how in the world Jobs got the music companies to go along, and assessed the situation by saying, "We were smoked."

Take a look at the original messages transcribed below...

Steve Jobs ability to focus in on a few things that count, get people who get user interface right and market things as revolutionary are amazing things.

This time somehow he has applied his talents in getting a better Licensing deal than anyone else has gotten for music.

This is very strange to me. The music companies own operations offer a service that is truly unfriendly to the user and has been reviewed that way consistently.

Somehow they decide to give Apple the ability to do something pretty good.

I remember discussing EMusic and us saying that model was better than subscription because you would know what you are getting.

With the subscription who can promise you that the cool new stuff you want (or old stuff) will be there?

I am not saying this strangeness means we messed up - at least if we did so did Real and Pressplay and Musicnet and basically everyone else.

Now that Jobs has done it we need to move fast to get something where the UI and Rights are as good.

However I think we need some plan to prove that even though Jobs has us a bit flat footed again we move quick and both match and do stuff better.

I'm sure people have a lot of thoughts on this. If the plan is clear no meeting is needed. I want to make sure we are coordinated between Windows DMD, MSN and other groups.

1. How did they get the music companies to go along? 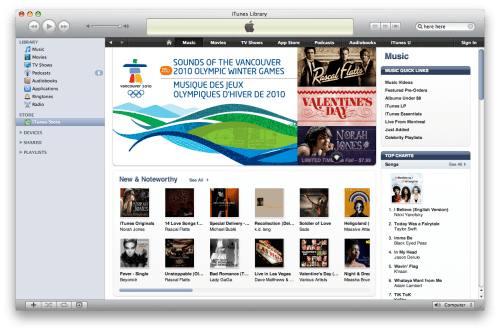 David T - February 11, 2010 at 9:02am
Cute article, but this being a legitimate E-mail is highly doubtful IMHO. An E-mail exchange is not going to be using that style of grammatic syntax, especially between Bill and others.
Reply · Like · Mark as Spam

Zod - February 11, 2010 at 4:07am
Flatfooted indeed. Microsuck have sat back on their laurels (albeit rather dodgy laurels) and their asses, and given very little to the fast changing world of computing. If the computing world relied of this mob for innovation, we\'d still be using floppy discs.
Reply · Like · Mark as Spam