OWC has announced the availability of its Mercury Extreme Pro 6G SSD, featuring sustained performance, in capacities from 240GB up to 4TB.

“With each passing day audio, video and graphic applications are demanding more and more from our machines whether you are an enthusiast or a production pro, and older Macs and PCs just can’t keep up with those demands,” said OWC founder and CEO Larry O’Connor. “Most of our loyal customers are very fond of their current laptops and desktops and can’t stand the thought of spending thousands to replace them, which is why we live by the mantra ‘repair don’t replace.’ Our new state-of-the-art Mercury Extreme Pro 6G SSD sets a new benchmark for performance, reliability and warranty support in this category, and is the culmination of over a decade of brilliant engineering innovation by OWC.” 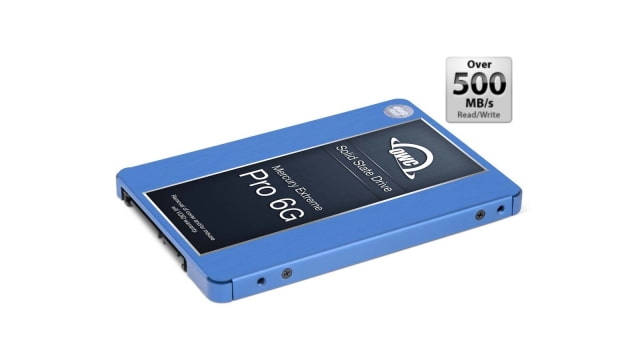 For Macs or PCs with a 6G SATA drive bay, the Mercury Extreme Pro 6G SSD claims to be the fastest 2.5-inch SSD available today. It delivers sustained real-world tested read/write speeds over 500MB/s throughout its storage capacity.

Highlights
● Ideal for high-performance computing, gaming, RAID, and audio/video/photo editing and capture applications including in-camera
● Starts Fast, Stays Fast: maintains consistent read/write speeds exceeding 500MB/s over entire drive capacity, many other drives slow down after only 2-3 percent use
● Saves Money: use drive until full vs. replacing slowed down drive
● Big Space: up to 4TB capacity for the largest projects
● A/V Ready: use with Blackmagic, SoundDevice, Atomos devices
● Universal Fit: includes full-sized spacer for 100% secure and compatible use in applications with 9.5mm drive height
● Peace of Mind Ownership: 5-Year Limited Warranty with award-winning live support
● Supercharges Macs and PCs: ideal for both notebooks and desktops