Apple has registered nine new iPhone models and one new Mac model with the EEC.

The new Mac is described as "Personal computer of the Apple brand" with model number A2330.

There have been some recent rumors that Apple will unveil a new iMac at WWDC 2020 which features an 'iPad Pro design language'. The company's next generation iPhones aren't expected until this fall, likely later than usual due to the coronavirus outbreak. 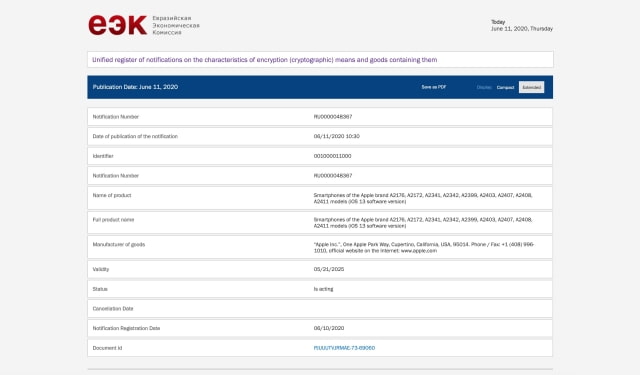 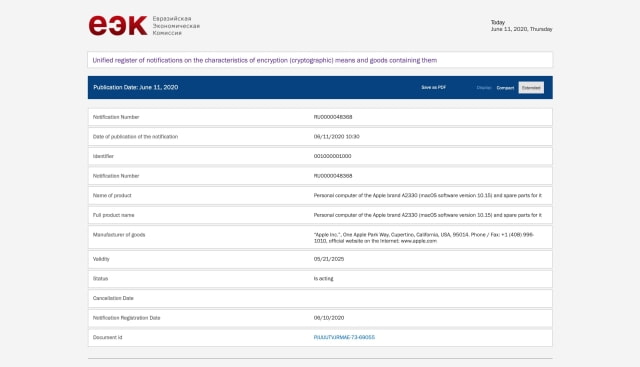