Apple Watch shipments fell 13% in the first quarter of 2020, despite overall worldwide smartwatch shipment growth of 12%, according to Canalys.

Worldwide smartwatch shipments reached 14.3 million units in Q1 2020, up 12% year on year, despite COVID-19. Though Apple’s shipments fell 13%, its smartwatch platform remains the world’s largest and is growing steadily. WatchOS gained 4 million new active users during the quarter, bringing the total installed base to an estimated 70 million. In the next three months, lifetime Apple Watch shipments will reach 100 million units. 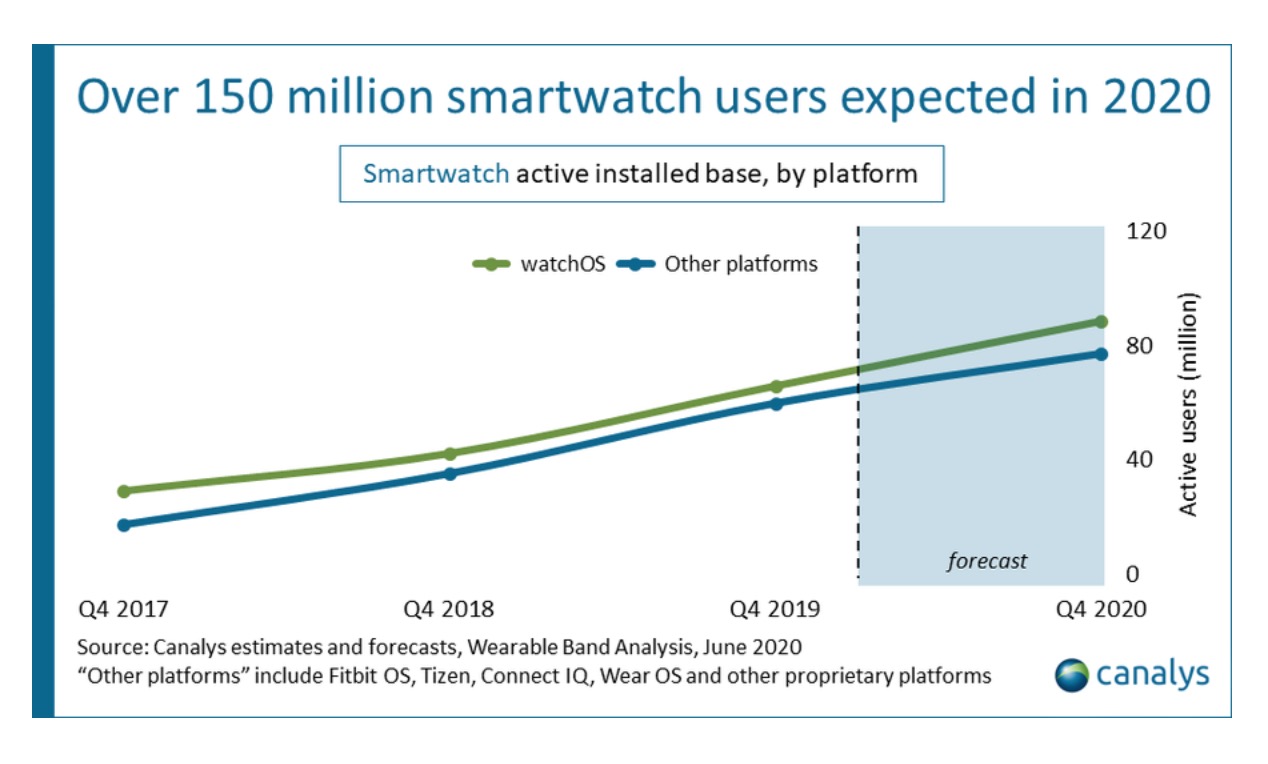 Canalys Analyst Vincent Thielke says this is the first time North America accounted for less than a third of global smartwatch shipments.

“Strong overseas demand for smartwatches helped offset the Apple Watch’s slow performance in Europe and North America, which was due to Apple customers switching their attention to AirPods as a ‘must-have’ accessory. Notably, Samsung and Garmin increased Q1 sell-in to these markets. Elsewhere, Apple and Huawei captured the greatest number of new users. Apple got a boost from its latest carrier partnerships in Southeast Asia and Latin America, and Huawei included its smartwatch with purchases of its latest P40 flagship smartphone. As Android smartphone vendors in emerging markets face rising competition from challengers such as Xiaomi, Oppo and Vivo, the Apple Watch is locking in an increasing portion of the iOS base there, offering greater assurance of future iPhone upgrades.”

Research Analyst Cynthia Chen said, “Vendors filled huge LTE orders ahead of Chinese New Year as part of the move toward nationwide eSIM coverage, shipping 2.5 million cellular smartwatches. Cellular models enabled Xiaomi and Apple to grow smartwatch shipments quarter on quarter, which is unprecedented, since the fourth quarter is traditionally China’s high season for smartwatch sales. We expect China will be the key smartwatch growth driver in 2020 as a result of its strongly recovered economy and a greater push from local players, including Huawei, Xiaomi and newcomer Oppo.” 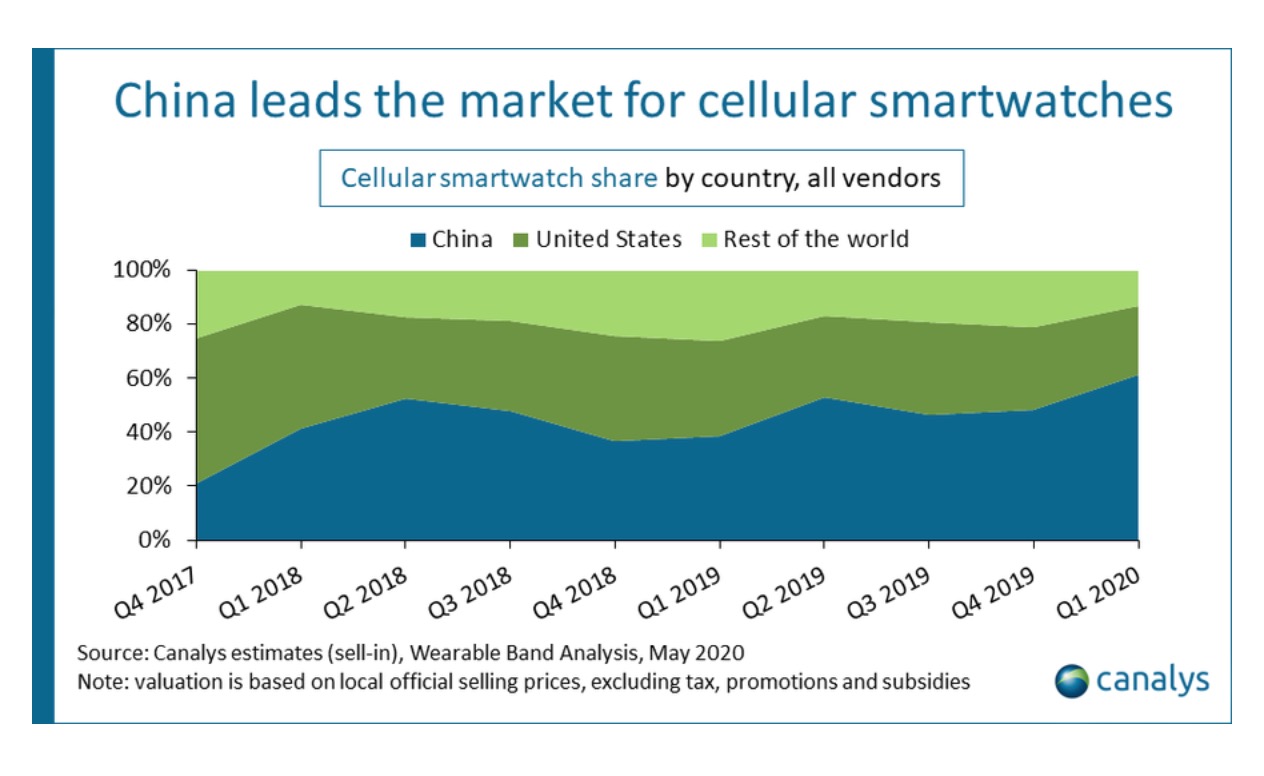 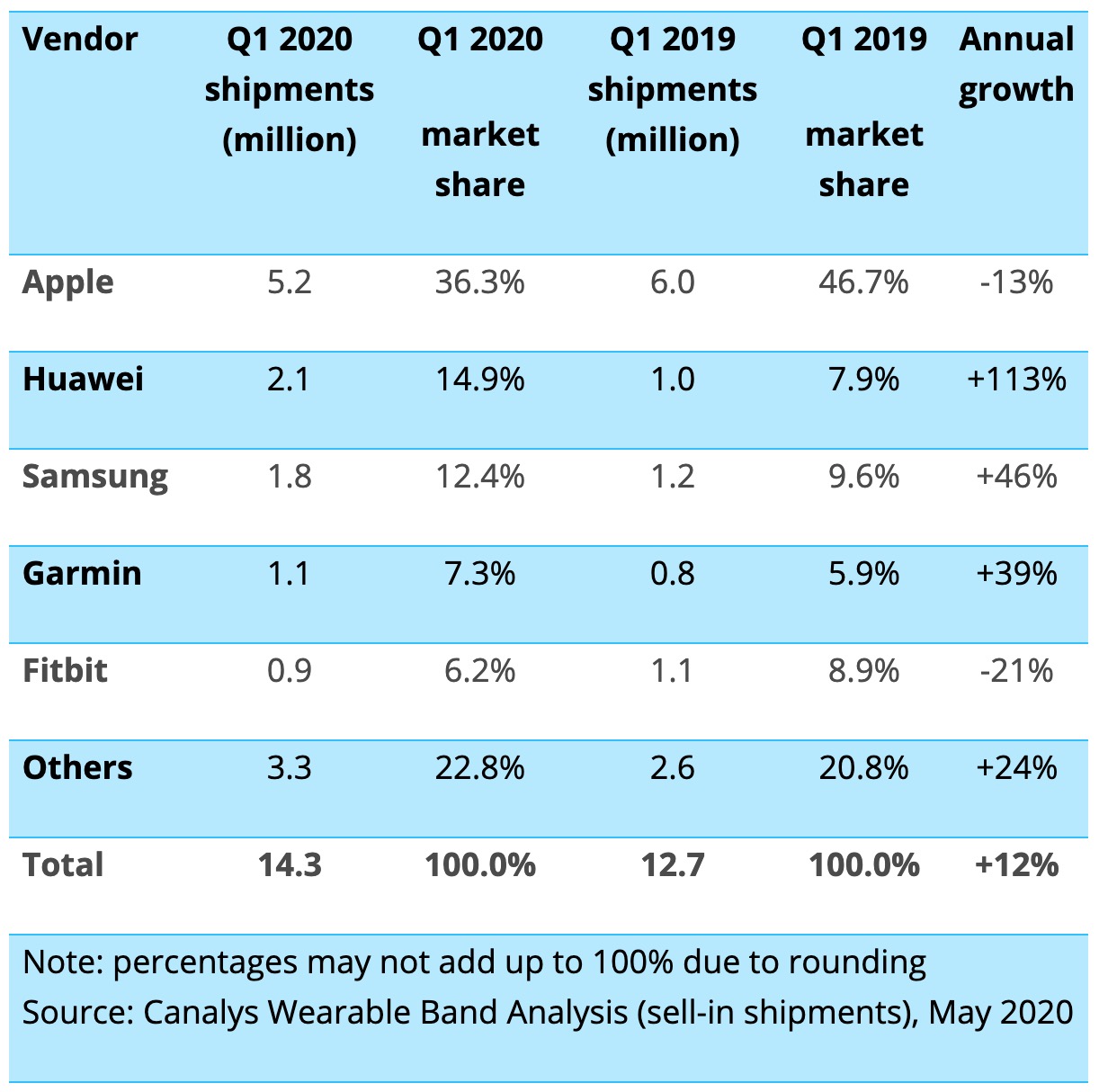