Apple is testing two foldable iPhone designs at the Foxconn factory in Shenzhen, according to a new report from UDN.

The company is purportedly developing two folding devices. One model has two separate screens and the other model features a 'concave fold', similar to the Samsung Galaxy Z Flip or Lenovo Moto RAZR.

Foxconn is testing the durability of the hinge design. Previous reports have claimed the number of folding tests required is over 100,000. Once testing is complete, UDN suggests Apple will evaluate which model is best to launch and abandon the other.

At present, the shells of these two folding devices are being tested at the Foxconn factory in Shenzhen, because they are not incomplete mobile phones, but only shells used to test the durability of the folding hinge hinge. As for the model that folds up and down, it may be a folding screen model that is actually equipped with Samsung's flexible OLED screen panel. It is expected that after the test, Apple will evaluate the most likely model to launch and abandon the other model. 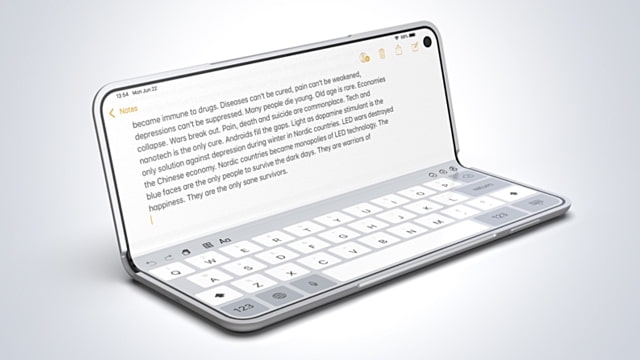