Check out this concept for an Apple Car UI inspired by the Telsa Model 3 and its central 15-inch touchscreen.

The concept was created by John Calkins and shared on Behance. It features a vertical dock on the left side of the screen for easy navigation between apps. The UI gets numerous features from CarPlay including iCloud integration, the App Store, Apple Music, and Siri. There's also a Quick Menu under the visualizer to control important vehicle functions like music, air conditioning, lights, and wipers. 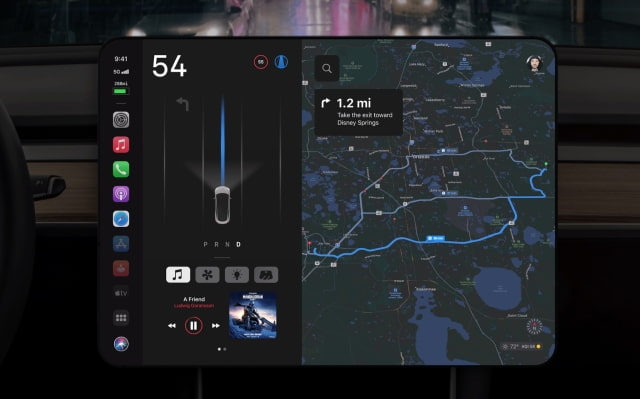 Over the past few weeks, numerous sources have reported that Apple is once again working on an autonomous electric passenger vehicle. Hyundai confirmed that it is in talks with Apple to manufacture the vehicle and rumors suggest a deal could be signed by March. However, production isn't expected to start for a few years.