This week algoriddim released the new version of its successful turntable-style digital audio player. djay 2.1 is the first DJing application to feature scratching and mixing using the trackpad built into Mac notebooks. With multi-finger trackpad gestures, users can scratch songs, apply effects, and crossfade just as you would on a real turntable and mixer.

"This is a big breakthrough," says Karim Morsy, CEO of algoriddim. "Our technology recreates the feeling of vinyl records on any Mac notebook, without the requirement for additional hardware. For the first time, intuitive finger motions make it possible for anyone to mix and scratch their music."

A variety of actions can be performed using multi-finger gestures. Sliding two fingers horizontally operates djay's crossfader, perfectly matching the motion used to control traditional mixers. Moving two fingers up and down scratches the record just like on a turntable, perfectly in sync with the hand motion. Even advanced features like scrubbing, pitch-bend, and speed adjustment can be performed using finger gestures in combination with keystrokes.

The two-finger gestures are supported on all Mac notebooks featuring two-finger scrolling, making the feature available to most users with iBook, PowerBook, MacBook or MacBook Pro computers. Users of the MacBook Air and the latest MacBook Pro can use additional three-finger gestures to backspin the record or perform djay's built-in song transitions.

Pricing and Availability
djay 2.1 is available for EUR 39.99 or $49.99 from the algoriddim website, where users can also download a demo version of the software. For more information, please visit www.djay-software.com. 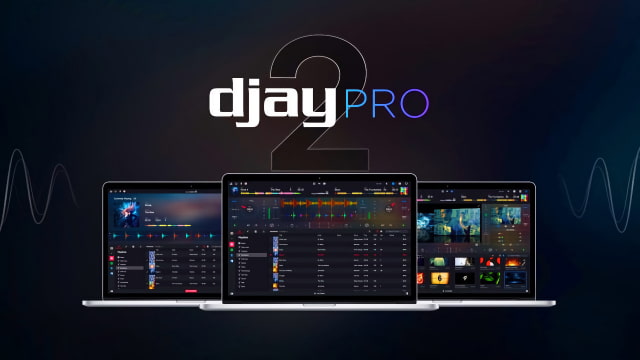