Apple has added the ability to vibrate to its fourth generation iPod touch, according to its promotional materials and the FCC's teardown photos.

When describing the ability make FaceTime video calls with the iPod touch, Apple writes, "If somebody wants to start a video call with you, you’ll receive an invitation — along with a vibrating alert — on your iPod touch asking you to join. Simply tap Accept, and the video call begins."

AppleInsider notes that the motor is also depicted in the iPod touch FCC teardown pics. Multi-Touch Fans says the motor is similar to one found in phones made by Samsung, and said that it "isn't the most aggressive, although definitely isn't terrible." 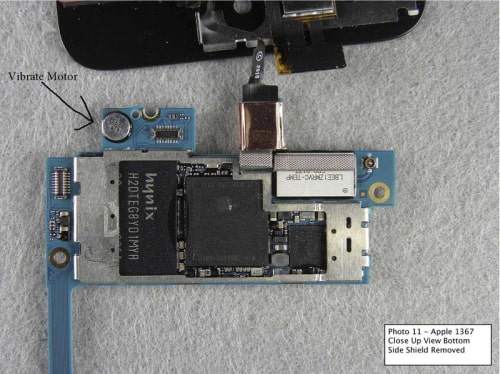