Walmart will begin rolling out the iPad at its stores next week. 1,000 locations are expected to carry the device by the end of the month, according to MacRumors.

Wal-Mart sent an email to its store managers today outlining the iPad models and related accessories that should be making their way to store shelves in the near future. According to this partial photo of the alleged email sent to us, Wal-Mart plans to offer all six models of the iPad, with initial stock of just five units per model for this location. In addition, a number of standard accessories, as well as AppleCare, will be also be offered.

MacRumors has since heard that the rollout will start next week with 1,000 locations expected to get the iPad in October and an additional 800 in November. 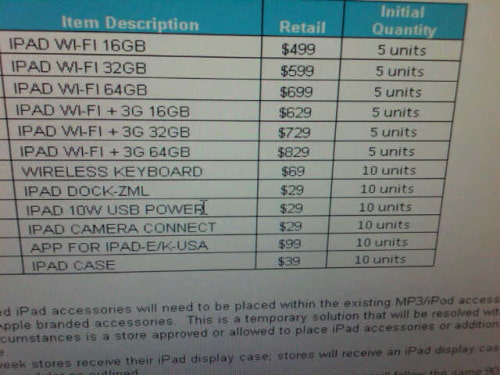 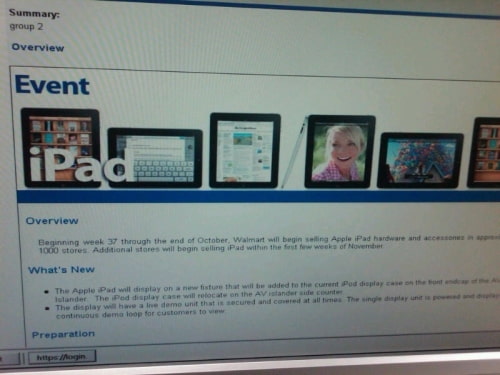