First, Vesterbacka confirmed that the game will make its way to all major consoles: PS3, Xbox 360, and Wii.

He also talked about a sequel. "We are not going to do a sequel. We want to surprise people. No one has told the story from the pigs point of view" [via @dav3d]

In addition, Vesterbacka revealed plans for a multiplayer version of the game: "Multiplayer Angry Birds will be like old school Worms games", he said. "Multiplayer is a priority, but we have not determined the best way for our players to experience it yet".

Finally, there are big plans for a Facebook version of the game. "Most of Rovio's investment is going towards a Facebook game", he said [via @snowcrashed]. "Not Angry Birds, but in the same world. Also film/TV show coming". 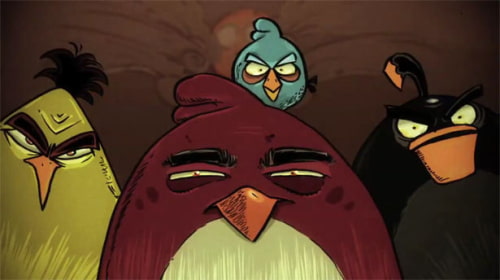