Apple has a received approval to establish iBookstore Canada from the Canadian government.

The Honourable James Moore, Minister of Canadian Heritage and Official Languages said, "Our Government is committed to strengthening Canada's economy through all its sectors, especially arts and culture. Apple has demonstrated how iBookstore Canada represents new opportunities for Canadian authors and publishers, and I have determined that this investment will be of net benefit to Canada."

This decision is based on commitments made by Apple Canada, which include:
● Promotion of Canadian-authored books--both French- and English-language titles--in iBookstore in Canada and other iBookstores internationally;
● Increased opportunities for Canadian publishers and authors, including new and independent writers;
● Increased access to titles from Aboriginal authors and publishers;
● Assistance to Canadian publishers in streamlining processes of e-book creation and enhancement; and
● Jobs for Canadians and improved services for Canadian consumers, including an iBookstore tailored to Canadian readers. 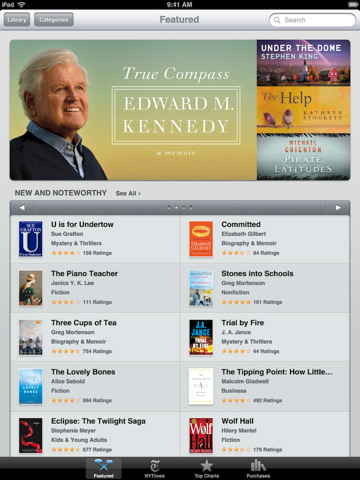