Red Giant Software has released Magic Bullet Looks, its highly anticipated and revolutionary color correction tool. Looks' powerful tools can be used on-set or in the edit suite to subtly adjust tone, color and focus to simulate the appearance of classic films or duplicate specific production conditions. Users can choose from more than a hundred Look presets, all neatly organized into 10 categories, to help set the mood for anything from a wedding video to the next Sundance original.

Magic Bullet Looks is the next generation of look tools for Magic Bullet Editors and Magic Bullet Suite, customers and includes:
- A plug-in for Adobe After Effects, Final Cut Pro, Avid, Adobe Premiere Pro, & Motion
- A stand-alone LooksBuilder application that runs on laptops for Looks generation anywhere
- Magic Bullet Misfire adds film damage such as dust and scratches to artificially age a film 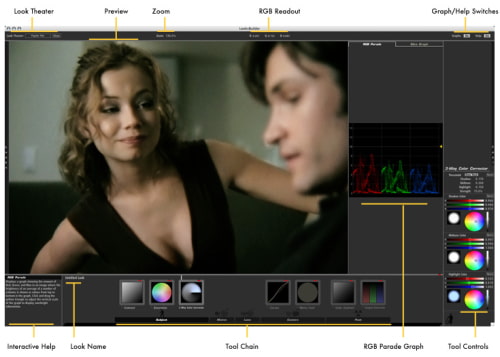