There are already 10 people in line for the Apple 3G iPhone a week ahead of its release, according to a GearDiary report.

“According to police they began this morning. Number one in line is a man and woman with a baby whose goal is to set a record for time in line and the first baby to wait with them (or some such nonsense).”

"This is the first line forming for the 3G iPhone at the flagship Apple 5th Avenue Store in New York City. About 10 people in line with the first two being a man and woman with a young child. The security guards will allow everyone to stay and indicated that as of yet there are no plans to put out barricades.

Apple employees are just starting to come out of the store to talk with the people and one employee actually posed for a photo with the first in line.” 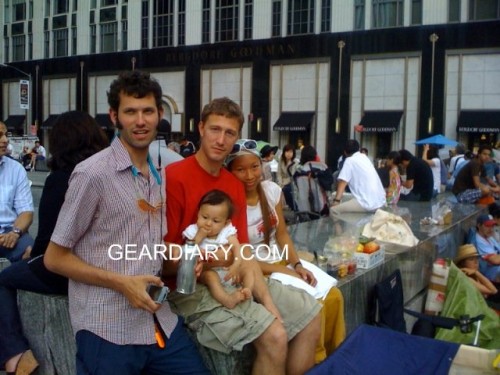 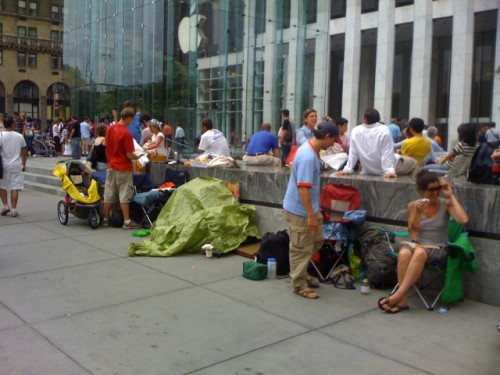 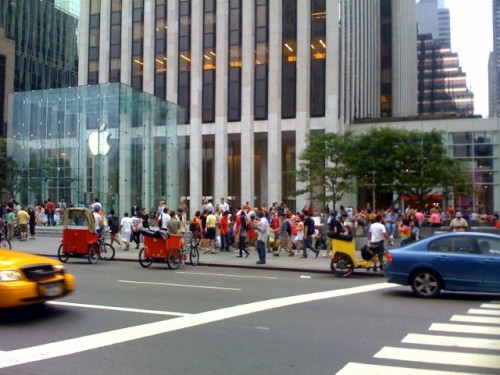 E.J. - July 5, 2008 at 8:44am
How stupid can these people be? Haven't they noticed that there's nothing about the 3g iphone that far exceeds that of the first iphone. IIts not worth it. Take that baby home !! I guess some peole just don't have a life.
Reply · Like · Mark as Spam
Recent