Microsoft has joined HTC, Nokia, and Sony in the fight against Apple's App Store trademark application in the EU, according to Digital Daily.

"Microsoft and other leading technology companies are seeking to invalidate Apple’s trademark registration for APP STORE and APPSTORE because we believe that they should not have been granted because they both lack distinctiveness," a Microsoft spokesperson said in a statement. "The undisputed facts establish that 'app store' means exactly what it says, a store offering apps, and is generic for the services that the registrations cover."

Microsoft and others are also fighting Apple's registration in the United States. Despite the ongoing opposition, Apple has sued Amazon and threatened others over use of the alleged mark. 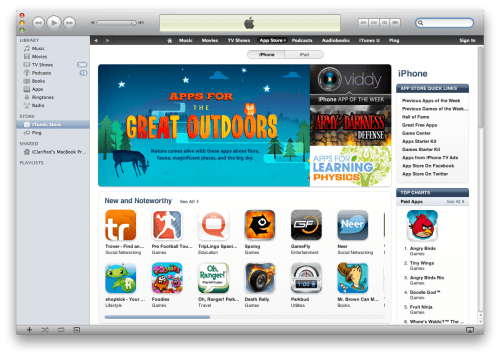 Coose - May 13, 2011 at 6:29pm
You Apple fanboys are really ridiculous. Nobody should be able to patent common words like app and store. Putting two words together doesn\'t justify a trademark. @Kroo- You just said it bud, MS tried to patent a words and that was shut down. Don\'t forget that Gates built what apple is based on. Mac was too stupid and needed gates to do it. Gates was smart, took the $$ and used ti to build his empire and his OS. That to me is fucking hilarious. Looks who\'s running around suing everyone now over shit that shouldn\'t even have patents or trademarks on - apple
Reply · Like · Mark as Spam

Kroo - May 13, 2011 at 5:56pm
This is a bit Fucken rich coming from a company that tried to patent \"windows\" as a trademark saying it wasn\'t generic in the IT world and go on and sue anyone who tried to use the name, and they\'re denying Apple AppStore because they used the term first. Go fuck yourself M$ you hopeless bunch of uncreative fucken hacks. This what what you get from seeing the blue screen of death too much.
Reply · Like · Mark as Spam

Digihead - May 13, 2011 at 3:33am
Of course it\'s boring - no crashes no glitches, just works! Booooring! No need to reinstall and fight with viruses - boooring! No lost messages and scam applications - boring again! :D :D :D
Reply · Like · Mark as Spam