Apple is now more liquid than the U.S. Government, according to an article by the Financial Post.

As Republicans and Democrats continue to work towards a compromise to the country's debt ceiling crisis, the U.S. Treasury Department said on Thursday that Washington now has a total operating balance of only US$73.768-billion.

Meanwhile, Apple currently boasts a cash reserve of US$75.876-billion, as of its most recent quarterly earnings report at the end of June.

The numbers aren't directly comparable; however, the Post notes that they show just how successful Apple has become since its launch of the iPhone. 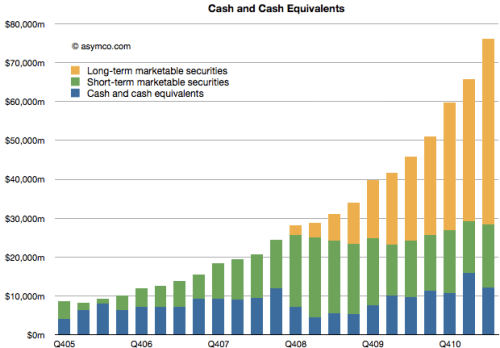