We've received the image you see above, which shows some 4G LTE equipment that was recently installed in a major Apple store -- by AT&T, according to our source. Making things somewhat more interesting is the equipment itself, one piece of which supports only the 700MHz and AWS bands -- both of which AT&T plans to use for its LTE network if the T-Mobile acquisition goes through.

The site also reports that all the Apple Stores in the region of that photo are trying to increase their sales staff by 30%. This increase is said to be unrelated to the usual holiday hiring. 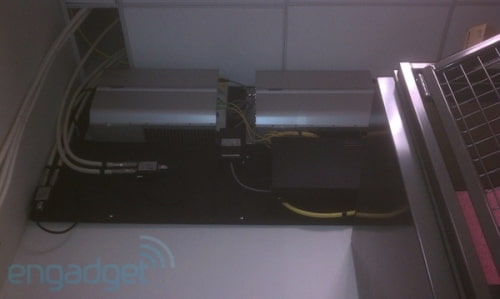