Rogers is releasing the BlackBerry Bold today at twice the price of the Apple iPhone 3G. Rogers customers will have to pay $399 plus sign a three year contract with a $45/month data plan to obtain the device.

-----
Rogers Wireless and Research In Motion (RIM) today introduced the new BlackBerry(R) Bold(TM) smartphone to customers in Canada. Designed to give business professionals and power users exceptional performance and functionality, the BlackBerry Bold smartphone operates on Rogers' high-speed 3G network and features a newly designed, precision QWERTY keyboard, built-in GPS, enterprise-grade Wi-Fi(R) and a rich set of multimedia capabilities including a 2 megapixel camera with video recording and an advanced media player to play music, watch videos and view pictures. From its lustrous black exterior, satin chrome finished frame and stylish leatherette backplate, to its stunning high resolution display that must be seen to be
believed, the BlackBerry Bold smartphone is a symbol of accomplishment and aspiration.

Crafted from premium materials inside and out, the BlackBerry Bold smartphone performs as great as it looks. It features a next-generation 624MHz mobile processor that powers the renowned BlackBerry productivity applications, including phone, email, messaging, organizer and browser, and works with thousands of mobile business and lifestyle applications. With this powerful new smartphone, users can even talk on the phone while sending and receiving email, accessing the web or using GPS-based navigation. The BlackBerry Bold also lets customers edit Word, Excel and PowerPoint documents directly on the handset using the preloaded DataViz(R) Documents to Go(R) software suite, making it easier than ever to stay connected and productive
while on the go.

"Rogers Wireless is proud to be first to offer Canadians the world's fastest BlackBerry smartphone on Canada's fastest mobile network. The much awaited BlackBerry Bold smartphone is a 'must have' for connoisseurs of premium products and mobile workers who want to remain connected and productive no matter where their jobs may take them," said John Boynton, Senior Vice President & Chief Marketing Officer, Rogers Wireless.

"The new BlackBerry Bold exudes confidence and elegance as it delivers blazing performance on Rogers' high-speed 3G network," said Mark Guibert, Vice President, Corporate Marketing at RIM. "We're very pleased to be launching the BlackBerry Bold with Rogers, providing Canadian customers with a breakthrough smartphone that will help them make the most out of their work and personal time."

The BlackBerry Bold smartphone from Rogers comes with a variety of inbox accessories including a stereo headset, travel charger, carrying case and USB cable.

PRICING AND AVAILABILITY
The BlackBerry Bold smartphone (model number: 9000) will be available from Rogers beginning today from $399.99 with activation on any combination of 3 year voice plan and three year BlackBerry data plan totalling more than $45 per month from Rogers. Some conditions apply. 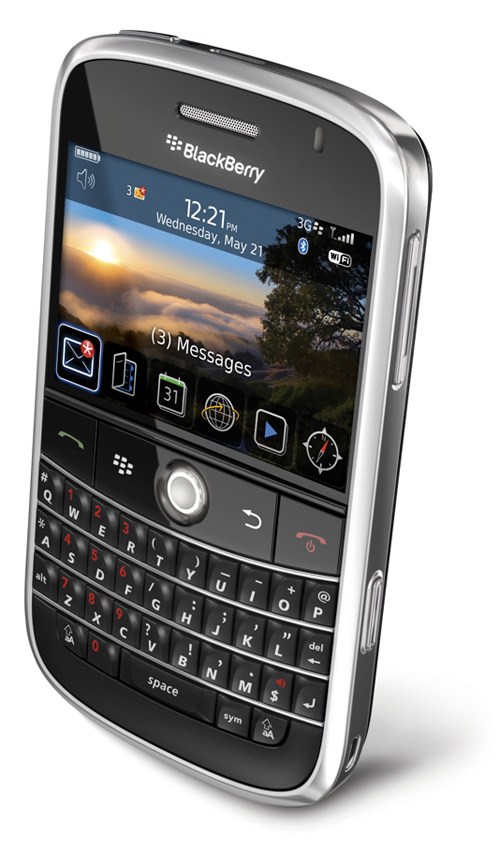