The initial version of Google TV wasn't perfect, but launching it gave us the opportunity to learn. These are still early days, and we're working hard to move forward with each update. Today, we're announcing a software update for Google TV.

The 2.0 update focuses on four areas of user feedback:

1. Keep it simple
The interface is now much simpler. The new customizable home screen gets you to your favorite content quickly. And within "all apps" you can see all of your shortcuts, similar to your Android phone or tablet.

2. Make it easy to find something worth watching
We've improved search across the board for content from Live TV, Netflix, YouTube, HBO GO, and more. But what if you don't know what to search for? There's now an app called "TV & Movies" that let's you easily browse through 80,000 movies and TV episodes across cable or satellite, Netflix, Amazon, YouTube, and many other sites. If you've opted in to recommendations, we can better predict what you want to watch next.

3. Make YouTube better on TV
We're launching a new YouTube experience specifically built for Google TV. It is now fast and easy to get to your favorite HD-quality YouTube entertainment. And we've integrated YouTube more closely with Google TV search, so that you can turn virtually any topic – mountain biking, cooking, etc. – into a channel.

4. Bring more apps to TV
We are opening up the TV to the creativity of content creators large and small through Android Market. Android developers can now bring existing mobile apps or entirely new ones to TV. Initially, the number of apps won't be large – apps requiring a touch screen, GPS, or telephony won't show up – but 50 developers have seeded the Market with cool and useful apps for the TV. We're excited to see the number of apps grow.

This software update will be coming to Sony devices starting early next week and Logitech devices soon thereafter. 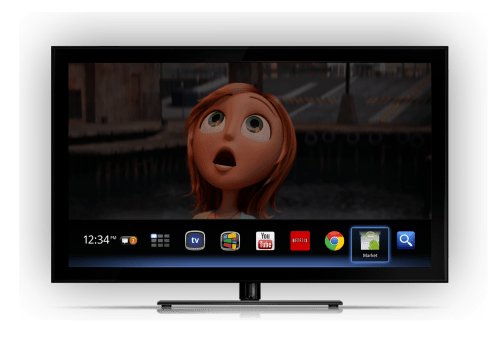 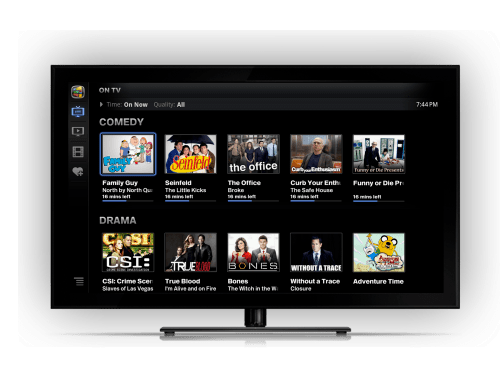 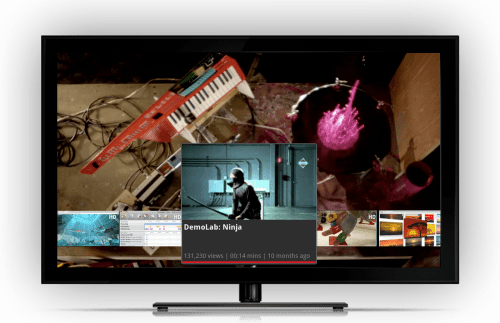 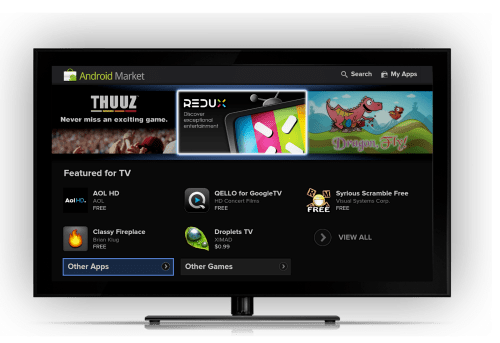