Apple is reportedly planning to launch a 7.85-inch iPad before the fourth quarter of 2012, according to a DigiTimes report.

In order to cope with increasing market competition including the 7-inch Kindle Fire from Amazon and the launch of large-size smartphones from handset vendors, Apple has been persuaded into the development of 7.85-inch iPads, the sources indicated.

In addition to purchasing 7.85-inch panels from LG Display, Apple will also buy panels from AU Optronics (AUO), indicated the sources, adding that makers in the supply chain are likely to begin production of the 7.85-inch models at the end of the second quarter of 2012.

Rumors of a 7-inch iPad have long been circulating online. In October United Daily News also predicted the release of a 7.85-inch iPad. 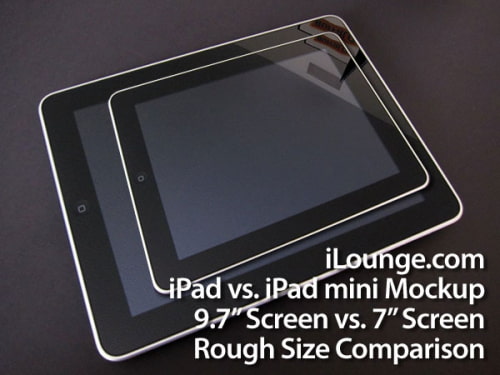