WeiPhone has leaked a photo of an iPad 3 logic board with an 'A5X' chip; rather than the expected A6 chip, reports MacRumors.

Its unclear if 'A5X' will be the final designation for the new chip or whether it was just used during prototyping. Apple is rumored to be announcing the iPad 3 around March 7th. 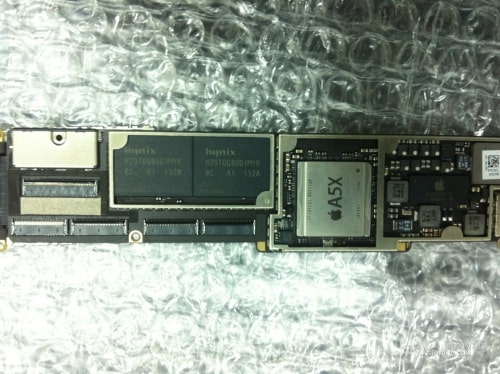 zwabbit - February 20, 2012 at 1:41pm
they have the market cornered. They can probably get away with releasing another 2-core. What would they release next year otherwise?
Reply · Like · Mark as Spam