The U.S. Copyright Office has posted the approximately 700 comments it has received for and against jailbreaking. The Electronic Frontier Foundation is asking the Copyright Office to extend its exception for allowing the jailbreak of smartphone and also to add gaming consoles to the exception.

On Friday, February 10, the Copyright Office received approximately 700 comments on the classes of works proposed for exemption from the prohibition on circumvention of technological measure that control access. Links to most of those comments appear below, and links to the remainder should appear by the end of this week (i.e., by Feb. 17, 2011). The Office is also in the process of identifying, for each comment, which proposed class(es) of works is addressed. Those classes that the Office has already identified appear below.

The list includes comments from high profile individuals and corporations such as Sony, Saurik, Mozilla, Bunnie Studios, CTIA and more.

There is definitely some interesting reads here. Have a look at the link below. Notably, there is no comment from Apple. 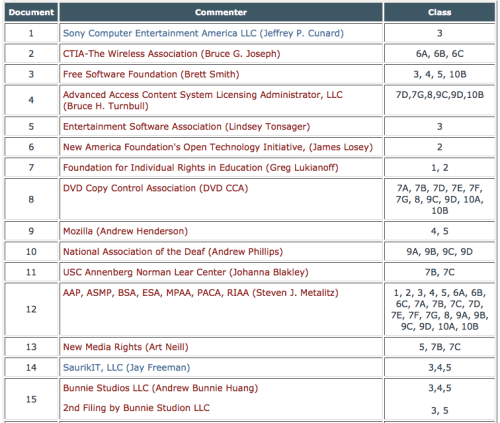 undertaker - February 21, 2012 at 4:08pm
please don't post to an English site ever again, it was painful trying to read your comment and actually made me feel like i forgot how to read.
Reply · Like · Mark as Spam